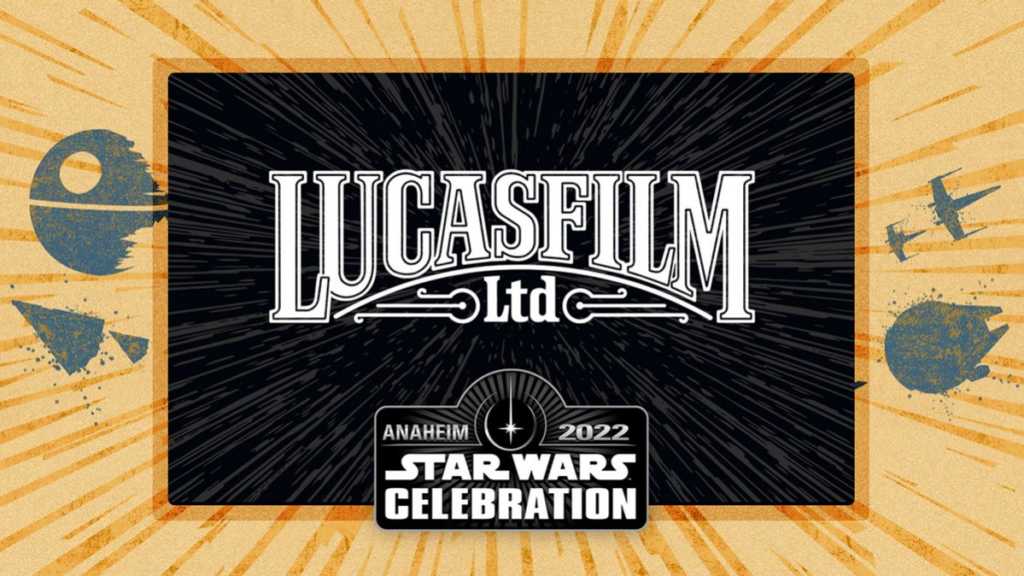 The day has finally come, and Star Wars Celebration Anaheim is officially off and running. The first big panel taking place is the Lucasfilm Studio Showcase, which will contain lots of updates about upcoming projects, and maybe a surprise or two. This is one of the panels NOT being live-streamed officially this year.

We’re updating live, so make sure you refresh and keep checking back!

We kinda love this shot.

Obviously, Lucasfilm is more than JUST “Star Wars,” so we’re expecting to see/hear some updates about “Indiana Jones: 5,” the Disney+ “Willow” series, and the newly relaunched Lucasfilm Games.

Yvette Nicole Brown is our host for this panel.

Ewan McGregor and Hayden Christensen take the stage while smoke billows and “Dual of the Fates” plays. Appropriate! They’re here to hype “Obi Wan Kenobi,” which hits Disney+ at Midnight on May 27th.

“We started to feel all your love for the prequels that we made,” Ewan tells the crowd. “It didn’t feel like that when they came out at first. It means an enormous amount to me personally.”

Christensen is delighted to weld the lightsaber again. Rupert Friend, who plays the Grand Inquisitor in “Kenobi,” says it’s almost impossible to not make the sound effects.

“Taking the character to a more dark, broken place was a great challenge,” McGregor says.

Everyone erupts as the entire auditorium is invited to a screening of the first two episodes of “Kenobi” tonight, with the cast in attendance.

Up next is “Andor,” the prequel series focusing on Cassian Andor, played again by Diego Luna. The cast is brought out, and Lucasfilm President Kathleen Kennedy confirms an August 2022 release on Disney+.

There are 24 confirmed episodes; season 1 and season 2. Season 1’s 12 episodes of “Andor” take place 5 years prior to “Rogue One: A Star Wars Story.” The first season will cover those first 4 years. Season 2’s 12 will lead into the the final episode, which will tie directly into “Rogue One.”

“You’re not going to recognize Cassian Andor in the beginning,” Luna says. “I cannot wait for you to meet him!”

Stellan Skarsgård is playing a Rebel leader, which is pretty exciting. We already knew Mon Mothma was going to be a big part of “Andor,” with Genevieve O’Reilly celebrating 17 years of playing the character. Everyone in the audience is getting official posters!

The first two episodes of “Andor” will hit Disney+ on August 31st.

“Willow” is up next, as Ron Howard and Jon Kasdan talk about the Disney+ show. Well, the pair actually start off by talking about how great “Solo” was. [Editor’s note: IT WAS! FIGHT ME.]

Yay, Warwick Davis is here! “It’s a dream to return to this character… Making this movie was one of the best experiences of my life,” Davis says. The show takes place 20 years after the film.

Joanne Whale is returning as Sorcha for the series!! Willow’s daughter will be played by Warwick’s daughter!

“Willow” will hit Disney+ on November 30th. There was a teaser shown, we’ll update when it gets released.

Filoni and Favreau are up next.

Season 3 of “The Mandalorian” will hit in 2023, as will “Ahsoka.” Katee Sackhoff, who plays Bo Katan, is on hand. She’ll be returning in season 3 of Mando. Filming has wrapped, and a sneak peak is being shown. (Which probably won’t get released, but if it does, we’ll share it!

“I’m going back to Mandalor to ask for forgiveness for my transgressions,” Din Djarin says in the sizzle reel that was shown. *Gasp* Bo Katan ends up with Grogu! “Did you think your Dad was the only Mandalorian??”

New title treatment for season 3, which will release in February 2023. A special exhibit of costumes and props is opening at the convention at 1pm.

John Watts (“Spider-Man: No Way Home“) and Chris Ford are currently in pre-production on the mysterious “Grammar Rodeo” (working title taken from a “The Simpsons” episode). Favreau confirms the story, about a group of 10 year old kids who get lost in the Star Wars universe, takes place in the post-“Return of the Jedi” timeline.

Next up, Kennedy welcomes the Maestro himself, John Williams! The Obi-Wan theme with a live orchestra is debuted, which Williams is conducting!

The audience sings happy birthday to John Williams, who is 90!

And that’s it! Thanks for joining us! Keep checking back throughout the weekend as we cover more from Star Wars Celebration 2022.