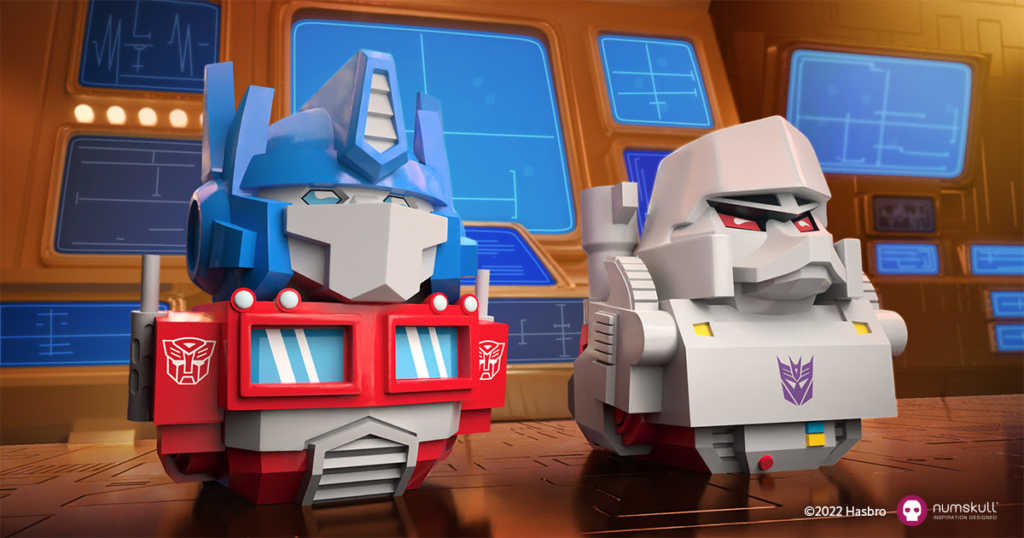 Numskull has announced two new Tubbz in their line of cosplaying ducks. Optimus Prime and Megatron! You have the chance to play out battles between the Autobots and Decepticons! With bubbles!

Even as a duck, this iconic Transformer leader is on a mission to ensure the Decepticons don’t take over the universe, well mainly the duck pond. Megatron better be on guard for Optimus Prime!

Still on a quest for power, Megatron fancies his chances now he has become a cosplaying duck, but the pond is full of many powerful characters, so he could be in for a surprise.

Head to JustGeek for these and other goodies. They are currently up for pre-order, and are expected to start shipping in June.