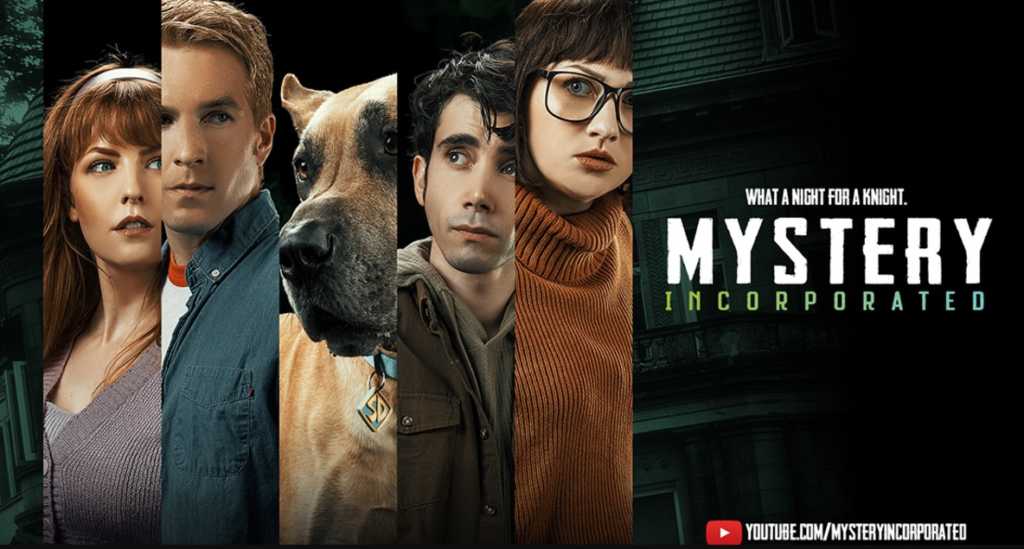 In February of 2020, a concept trailer for a web series called “Mystery Incorporated” amassed well over a million views, and led to a successful crowdfunding campaign. But, due to Covid-19, the pilot episode was delayed almost two years.

The pilot episode follows high school senior Fred Jones as he sets out to investigate the supernatural creature that killed his parents. His search leads him into resident skeptic Velma Dinkley and the two must form a quick bond to fight back against the evil they have accidentally unleashed. and a high anticipation for the series’ first full episode release!

“When the small town of Coolsville becomes a hot bed for unexplained supernatural activity, a grief-stricken star athlete, a brainiac, a socialite, a rebellious loner, and his Great Dane must form an unlikely team to hunt down and stop the evil that has befallen their town.”

The pilot episode’s first day was tremendously well received, garnering over 100k views in its first 24 hours, and is being hailed as “a true love letter to all things Scooby-Doo”.

A new crowdfunding campaign for episode 2 has launched, check that out here.