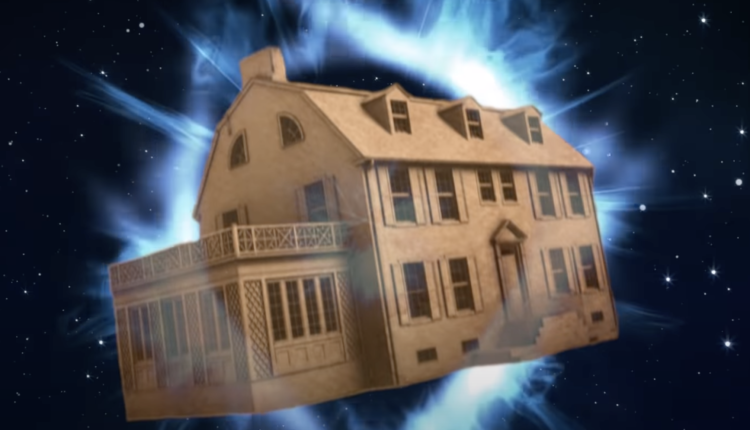 “Amityville In Space” is a Real Movie, With a Trailer to Prove it

I’ve spent plenty of wasted evenings scouring the worst of the worst horror films available on streaming (particularly Amazon Prime). So when news of the incredibly low budget, self made film “Amityville In Space” traveled to my attention, I absolutely HAD to see what it was all about. I don’t want to say that I regret going beyond the movie poster, but yeah, I regret going beyond the movie poster.

The plot is about a simply as you’d expect. The Amityville house is exorcised off Earth, and launched into space. Fast forward to the year 3015, and wouldn’t you know it? A space crew stumbles upon the famed haunted house and a supernatural galactic battle ensues. Kind of.

The film is written and directed by Mark Polonia, known for such gems as “Land Shark,” “Sharkula,” and “Sister Krampus.” If you’re wondering, yes these are very real films, some of which you can find in the dark corners of Amazon Prime. Admittedly, the film looks like a group of friends with a weird idea and too much time on their hands decided to grab and camera and start filming, but that is a whole genre of horror that exists for that every purpose.

I don’t know what I was expecting, but after watching the trailer for “Amityville In Space,” whatever the hell is happening was not it. But then again, it is exactly the kind of idea that fits the bill for this kind of self made film. So I guess it’s unfair to fault it for being exactly what it sets out to be.

The film is completed with no release date set. It is speculated that it will have a July 2022 release, but nothing is set in stone.

Honestly? It’s probably for the better that “Amityville in Space” only exists in our imagination and not on our actual televisions. I say that like I’m not gonna watch it as soon as it comes out. I feel like I HAVE to now.

You can watch the trailer for “Amityville in Space” below.