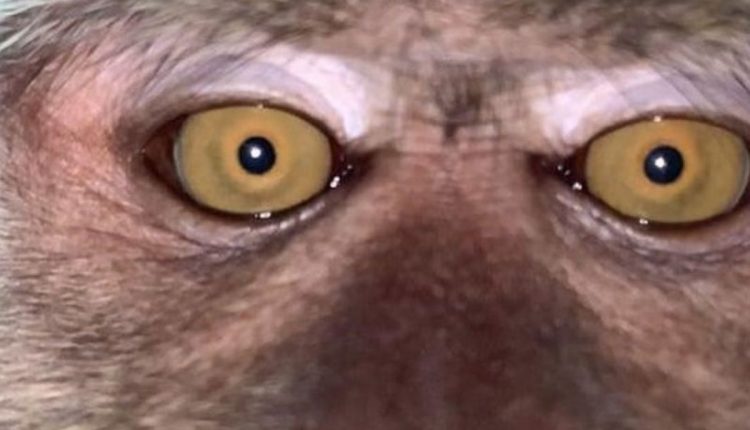 More fun than a barrel full of monkeys, or so the saying goes. But what about a truck full of lab monkeys, how fun is that? Well, for the area of Danville, Pennsylvania, apparently it’s not much fun at all. Things got a little out of hand when a truck transporting 100 monkeys to a lab was involved in a crash with a dump truck. Some of the monkeys escaped into the surrounding area. Unfortunately, things didn’t end too well for them.

On Friday, January 21st, an accident occurred at the junction of Route 54 and Interstate 80 near the rural town of Danville, PA. The cargo was a group of monkeys that were originally from the East African country of Mauritius. According to reports from local news affiliates, the driver of the monkey-filled truck was charged in the crash. As for the monkeys themselves, most of them were accounted for then and there, but three escaped into the wild.

The monkeys were supposed to be going to a Centers for Disease Control quarantine site, the reason for which is unknown. USA Today notes that this specific type of monkey, the cynomolgus macaque are often used in laboratory studies. Being wild animals, there’s always the risk that they might contain some sort of disease, which is why they were specifically going to quarantine. This is also why one of the local residents who approached the crash (and subsequently the monkeys), was told to monitor themselves for any cold like symptoms.

As it turns out, the local resident who came into contact with the monkeys, Michele Fallon, has reportedly found herself feeling ill. She described symptoms such as a runny nose, cough, and a pink-eye like condition. As a precautionary measure she was given a rabies shot and anti-viral medication. At the time of the crash Fallon didn’t know the contents of the truck were monkeys. In her zeal to help, she didn’t think about the cut on her hand being exposed to monkey feces and saliva. Let’s just hope this isn’t the start of a real-life version of 1995’s “Outbreak.”

Though minor injuries were reported in the crash, no one seemed to be seriously hurt. As for the escaped monkeys, that’s where things turn a bit tragic. Following an assessment of public health risk, the escaped monkeys were “humanely euthanized” according to the CDC. Similarly to how the purpose for the monkeys being transported was not disclosed, the reason for euthanizing them was also not revealed. If the remaining monkeys were all going to be quarantined, why not these as well?

Whatever the reason the CDC had, it’s not the end that we would’ve hoped to see. We reported a while ago about another type of animal escape involving zebras in the Washington D.C. area. That too turned tragic when one of the zebras was found dead in a snare trap. While the circumstances may be different, both involve non-native wildlife to the United States that were killed. It’s a shame to see things like this happen. They should serve as a lesson to re-emphasize the amount of care and concern that needs to be taken with all animals, especially non-native species.