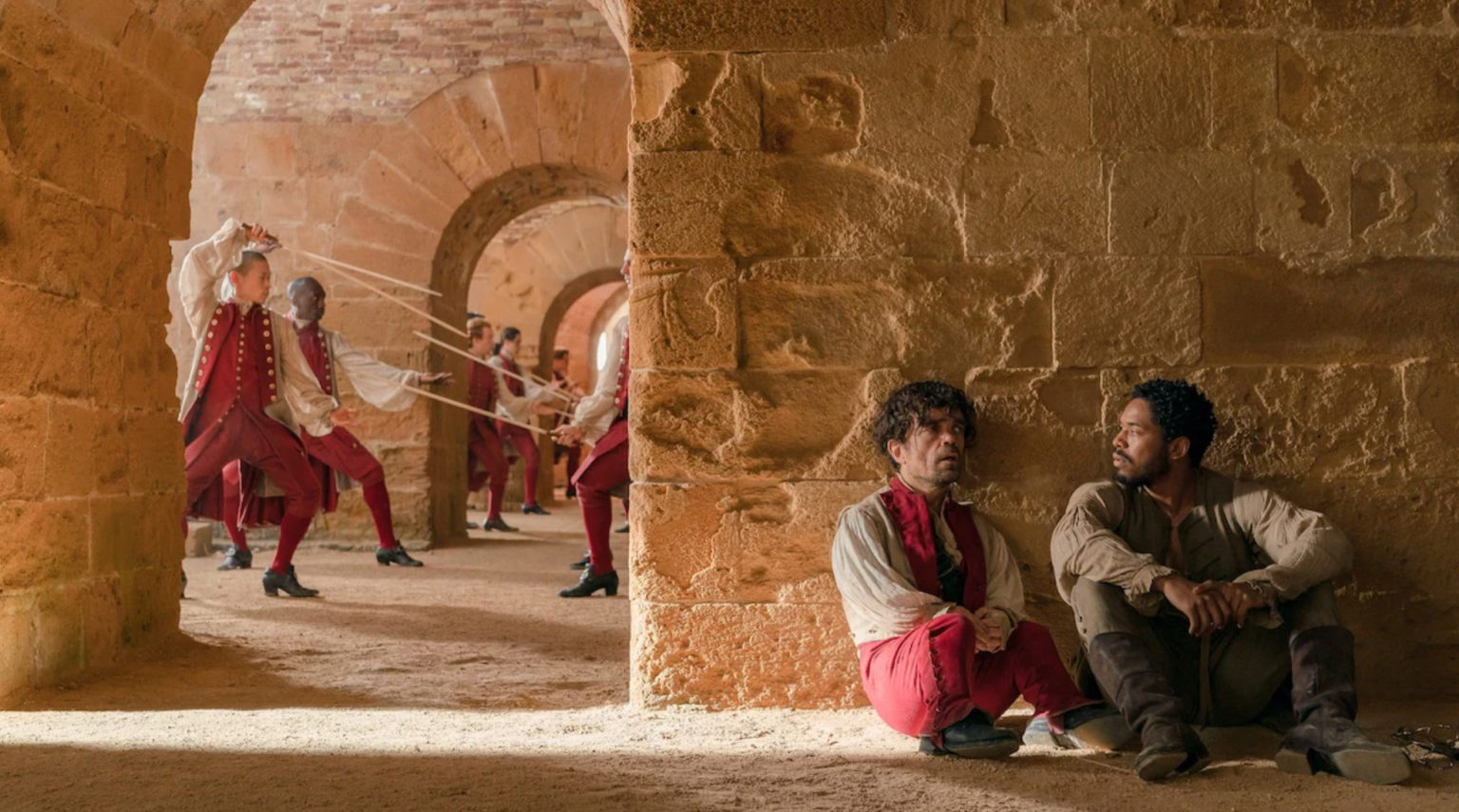 I’m going to be honest. I didn’t know this film existed until last week when I saw the trailer during another screening. But as soon as I saw it, I knew I had to get a glimpse of “Cyrano.” One of the most timeless love stories that has been done over and over again without ever losing its allure, this wonderful adaptation is a vibrant and wonderful reimagining. Told through song and dance and masterful production, “Cyrano” delivers on all expectations. It is sharp and funny but devastating and heartfelt, demanding every emotion even our protagonist wouldn’t be able to put into words. You will laugh and tap your feet and marvel at the incredible production design, but you will also cry as the inevitable conclusion to a timeless classic comes to an end. “Cyrano” is absolutely wonderful, with Peter Dinklage delivering a dazzling, unmatched performance worthy of any and all praise and nominations.

Directed by Joe Wright (“Darkest Hour,” “Pan“) “Cyrano” is a film adaption of the musical of the same name by Erica Schmidt. She also serves as the screenwriter, adapting her own work to fit the silver screen.

It is yet another interpretation of the classic work of “Cyrano de Bergerac”  by Edmund Rostand. The film stars Dinklage as Cyrano, a decorated soldier and wordsmith who’s only really folly is that he is a midget (this is what he is called in the film by the way, I’m fully aware of the politically correct pronoun). Ashamed of his appearance, he harbors an unspoken and unrequited love for his childhood friend Roxanne (Haley Bennett), who is obsessed with the throws of romantic love. After she lays on Christian (Kevin Harrison Jr.) a new recruit in Cyrano’s regiment, she decides that she is deeply in love despite knowing nothing about him. She asks Cyrano to keep him safe and have him write her, but he is terrible with words. This prompts Cyrano to confess his love for Roxanne through Christian’s letters, and their mutual bond becomes tested as they both seek to woo her with their deception.

The story of “Cyrano” should sound very familiar, as it has been done in countless interpretations throughout the years. My personal favorite is “Roxanne” with Steve Martin, but there are many other versions of this same story. “Cyrano” is beautifully crafted, with bright and colorful production and costume design that are nothing short of amazing. The film is absolutely stunning to look at, with giant set pieces wonderfully crafted to perfectly resemble 1640’s Paris. The choreography is equally as dazzling, exploring the space and making the song and dance numbers feel natural and meaningful. it is the pinnacle of the hopeless romantic experience, filled with love and letters at every turn.

The engine of “Cyrano” lies squarely on the incredible performance of Dinklage. He has made a career out of being a stand out performer in an ensemble cast, but here he really gets to shine bright. This is a star making performance for an actor who is already hailed as great. Dinklage is charming, funny, heartbreaking and earnest, completely selling the absurdity of the story. “Cyrano” is the Dinklage show, and while there is a lot more to enjoy outside of him, it is his performance that really catapults this film to the upper echelon of award talks. He is simply great here, and it would be an incredible disservice if he ends up not being included on the Best Actor nomination list during the Academy Awards next year. Seriously, I don’t recall seeing an actor shoulder a film that didn’t really need too much heavy lifting in the first place toss it into the stratosphere. This is without a doubt the Dinklage show, and that’s the best any film could hope for.

Haley Bennett and Kevin Harrison Jr. turn in solid performances as well as Roxanne and Christian, with Bennett able to capture the whims of a young, naive girl while also shedding the stigma of being a little more than a prize to be one. That premise baked into the very fabric of “Cyrano,” but Bennett is smart enough to avoid these very dated trappings. Harrison Jr. is fine, but he’s not really give a whole lot to do, especially existing primarily in the shadow of Dinklage. There is also the lovely treat of Ben Mendelsohn as De Guiche, who seems to have fully embraced his 11 out of 10 or nothing typecast to wonderful effect. Even though his character exists on the outskirts to move the plot along, Mendelsohn doesn’t need too much to do a whole lot.

Where the film falls short is with the music. I haven’t seen the stage production of “Cyrano,” but for a musical predicated on love letters and silly situations in the first two acts, the songs are largely forgettable. There is very little to recite or remember, which is unfortunate because everything else works so damn well. The music of Bryce and Aaron Dessener swells in the background and fuels the “Cyrano” flame so much that you kind of wish they didn’t sing at all. It’s not that they can’t as much as it’s just that you can’t sing along. The score and overall feel of the film is reminiscent of “Shakespeare in Love,” and I don’t mean that as a knock as I genuinely enjoy that film overall. The music the carries the film along is much better than the songs that punctuate it, and it is somewhat disheartening to see a musical adaption fail at the one thing it’s suppose to be good at.

“Cyrano” is a film of romance told through relatable characters we can’t help but cheer for. We feel everything they feel, and Dinklage is fantastic in delivering a character who is both tormented and made alive by his unrequited love for Roxanne. Wright does and excellent job in making an old story feel new and refreshing, and seems to know how to bring this old world to life as well as get the most out of his actors. It is both hopeful and heartbreaking, and while the film does kind of come to screeching halt in the third act, the majority of the film is dazzling enough to make up for it.

This is a truly wonderful film, worth checking out as soon as you can. Even if you’re just a fan of love and not so much a fan of musicals, “Cyrano” has enough strong performances and touching characters that it can be enjoyed by everyone.

You may not remember the songs, but you will certainly remember “Cyrano.”

Pulling for you to win it all, Dinklage.