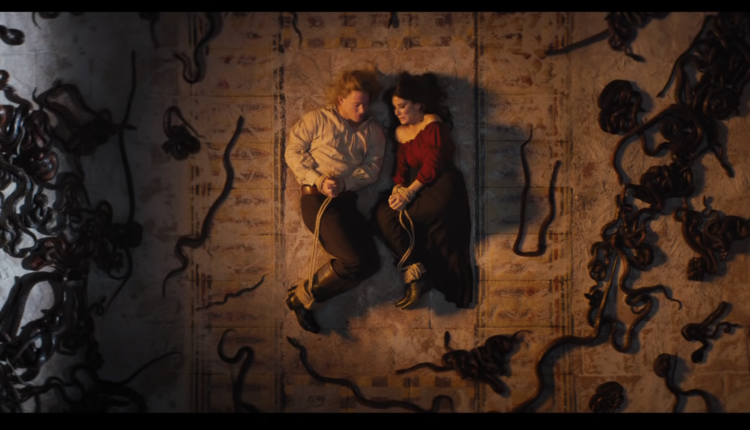 Paramount Pictures has debuted the trailer for their new adventure romance comedy film “The Lost City.” Who would have thought Sandra Bullock, Channing Tatum, and Daniel Radcliffe would be the ones to lead us on a chaotic adventure through the jungle? Oh wait and did we mention there’s more? The one and only Brad Pitt is here to save the day it seems.

It feels like a touch of “Indiana Jones,” a pinch of “Red Notice,” and a bobo version of “Romancing the Stone.” We salute the casting of Radcliffe in another villainous role (we found his performance in “Now You See Me 2” to be underrated). Also who doesn’t love at least one himbo – especially when they look like Channing Tatum. He has proven over and over again this is his niche. Also no one knows how to do a rom-com like Bullock.

The tone feels like it could be all over the place for “The Lost City.” However given the comedic talents of the cast, we would be lying if we said we weren’t excited.

The official synopsis is: Brilliant, but reclusive author Loretta Sage (Bullock) has spent her career writing about exotic places in her popular romance-adventure novels featuring handsome cover model Alan (Tatum), who has dedicated his life to embodying the hero character, “Dash.” While on tour promoting her new book with Alan, Loretta is kidnapped by an eccentric billionaire (Radcliffe) who hopes that she can lead him to the ancient lost city’s treasure from her latest story. Wanting to prove that he can be a hero in real life and not just on the pages of her books, Alan sets off to rescue her. Thrust into an epic jungle adventure, the unlikely pair will need to work together to survive the elements and find the ancient treasure before it’s lost forever.