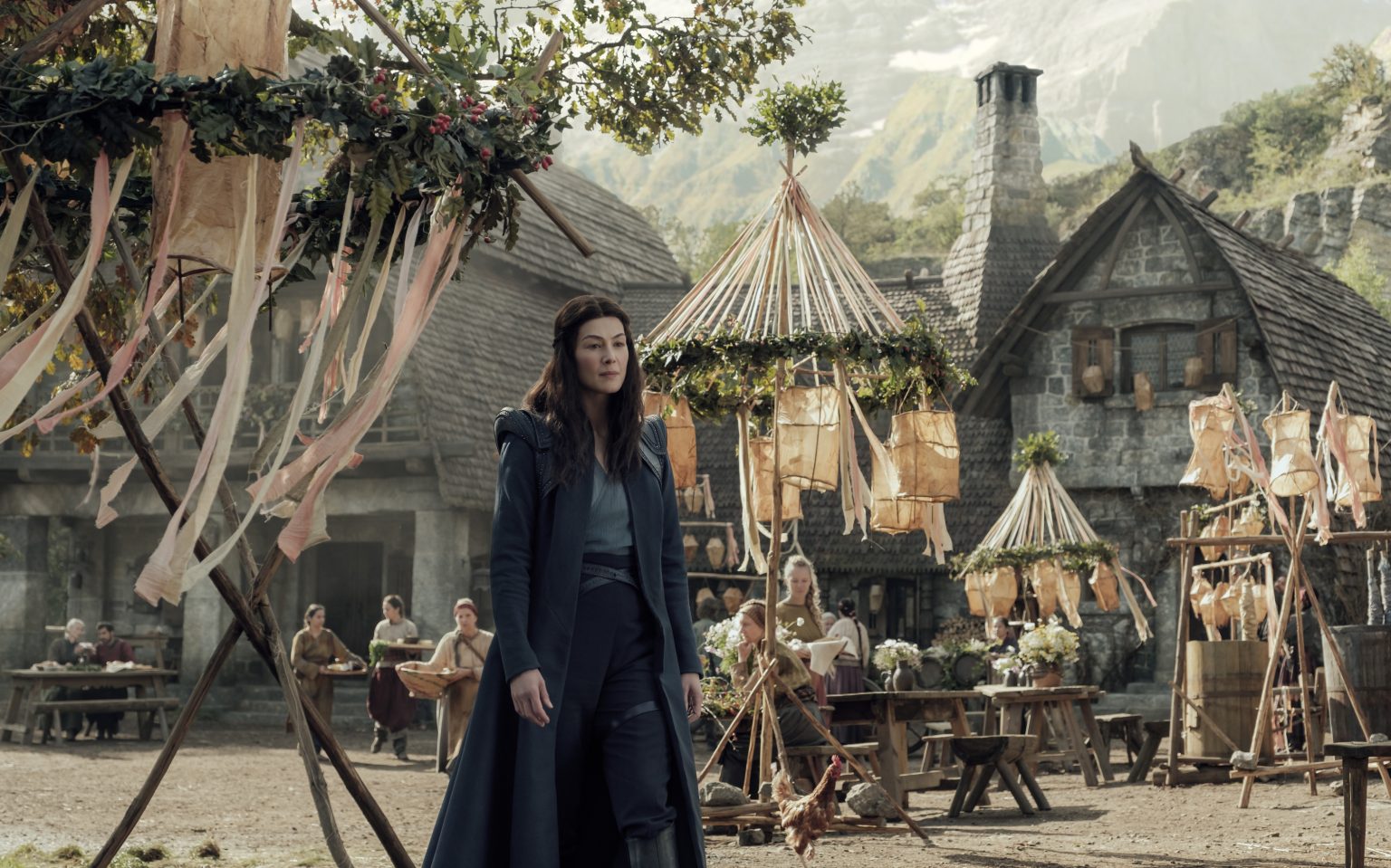 “The Wheel of Time” Amazon Series Off to Strange Start [Review]

Trying to think of how to review something you’ve been a fan of, looking forward to, and are ultimately baffled by is difficult. That’s not to say Amazon Prime Video’s “Wheel of Time” series is bad, because it isn’t. What it is though is…complicated.

If you are not a reader of the books, much of what you’ll see on screen won’t make sense. A lot of it will, though. Familiar archetypes, prevalent in fantasy and epic storytelling are universal. The land has a prophecy of a destructive savior, and a group of powerful women are hell bent on finding said savior- The Dragon Reborn. The Dragon, who may or may not be a young man or woman living in a remote mountain village, is destined to both break and save the world. Oh, and do battle with the embodiment of true evil- The Dark One. That’s sort of the set up here, without spoilers.

Oh, Amazon is having a sale on the first book, “Eye of the World.” So, if you want to pick it up and read along with season one, you have that option. Also, a new version of the audio book as read by series star Rosamond Pike is available too.

Speaking as someone who has read the entire Robert Jordan/Brandon Sanderson series several times, there’s some strange choices. One of the young main characters is…married? Another is now….a thief? And a pair of our heroes are shown as lovers very early on? True, trying to compact 14 books into so many 45-minute episodes can’t be easy. But. What the absolute hell.

There are some beautiful changes/choices here, like the fact that Moiraine (Pike) and her Warder Lan (Daniel Henney) have no idea which of these youngsters in the Two Rivers is the Dragon. Watching some of the die-hard fans online (who may or may not be a little misogynistic) loose their minds about the possibility of a lady being the Dragon is pretty hilarious.

The casting, at two episodes in, is pretty solid. There are nuggets of the literary characters fans have been reading about for decades here. Josha Stradowski already has my approval (which yeah, doesn’t really matter in the grand scheme of things) as Rand al Thor. Barney Harris as Mat Cauthon is probably my favorite, which sucks because we know he’s not returning for season 2. That’s not to say the rest of the cast isn’t brilliantly chosen- because they are. Seeing Michael McElhatton go from disturbing Warden of the North Roose Bolton on “Game of Thrones” to kind farmer (with a shrouded past) Tam al Thor is a trip.

Portraying the White Cloaks with such…violence…is also a strange choice, but one that absolutely sets up the conflict between the Child of the Light and the Aes Sedai. I can’t wait for more with Logain (Álvaro Morte), and the eventual introduction of Loial, Min, and others.

So, while I’ll say I was expecting more due to the amount of time, money, and resources the series had, I’m certainly on board and enthusiastic for more. If fantasy and adventure are your thing, give the series a watch. And then read the books.

The first two episodes of “The Wheel of Time” will release on Amazon Prime Video on November 19th, 2021. New episodes will release weekly. A second season is already in production, with a possible third rumored.