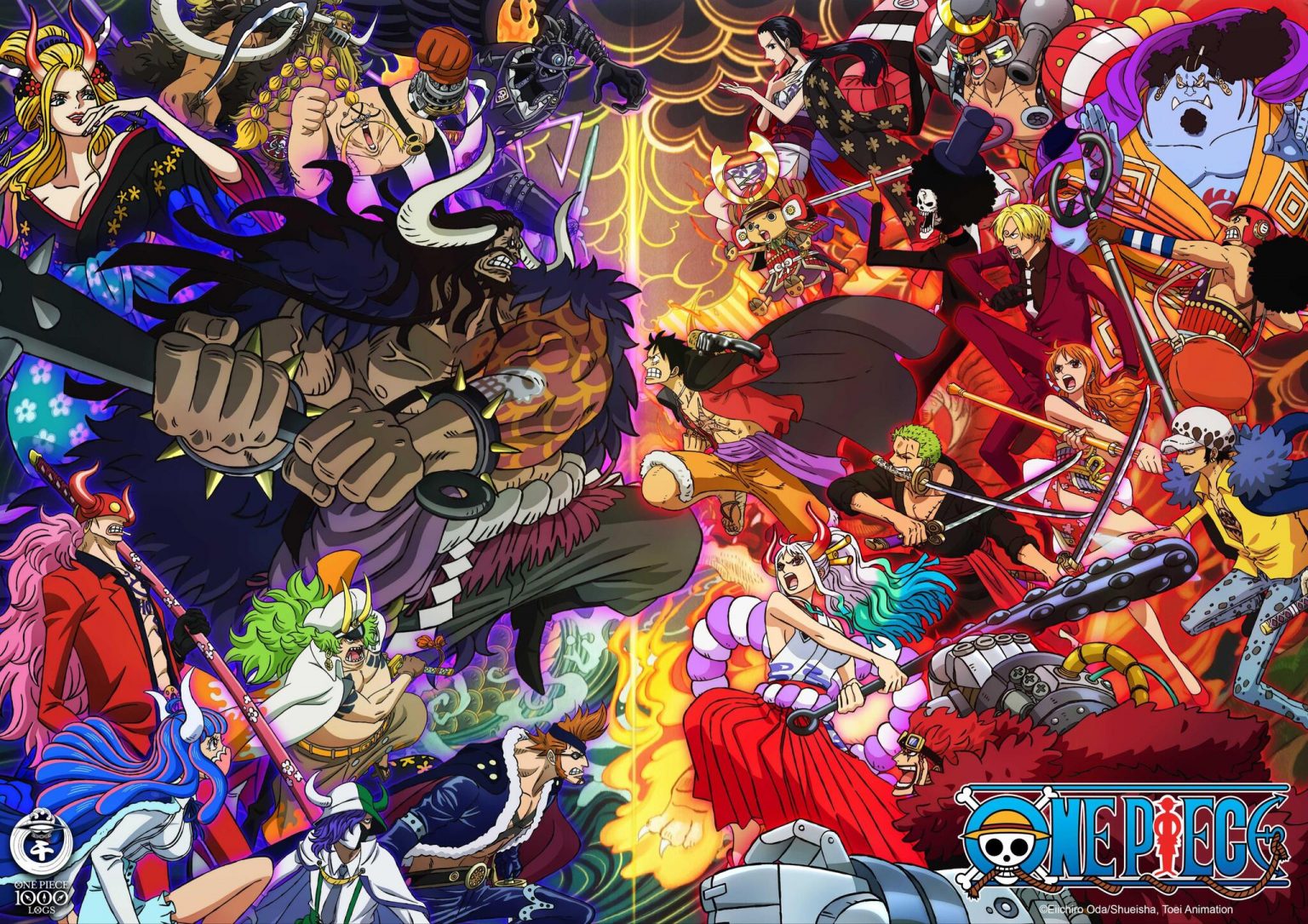 “One Piece” fans are getting ready to celebrate the 1,000th episode of the anime coming out this November. If that number seems daunting because you haven’t started it, worry not! “One Piece” is available to watch on Funimation and you can watch it in English or Japanese. That means that you can power through it and it would only take you… 1,000 x 24 minutes with no breaks is…. 17 days if you watched it non stop. Plenty of time to catch up for when it airs in November!

To celebrate the 1,000th episode Funimation sent us this box and a bunch of goodies. Now we’ll be ready to join the Straw Hat Pirates as they journey on. Currently “One Piece” sits at number 7 for the full length (24 minutes) anime series with the most episodes. Here’s what they sent!

On October 20, 1999, Toei Animation launched Captain Monkey D. Luffy and his colorful crew of Straw Hat pirates on a voyage that, as of today, has spanned 22-years and created one of the most beloved global anime franchises in history. And in just one month, anime’s favorite pirates will set sail together on the Thousand Sunny for the history-making 1000th episode of “One Piece,” which will stream on November 20, 2021 in the U.S. and Canada on Funimation; in Germany and Russia on Wakanim; and on their respective broadcast schedules in Australia and New Zealand.

Produced by Toei Animation and based on the top-selling manga title of all time by creator Eiichiro Oda, the “One Piece” anime series spans more than 990 episodes to date since it first debuted on Japanese TV in October 1999. This iconic series features pirate Monkey D. Luffy and his Straw Hat crew on their epic quest to find “One Piece,” the legendary treasure of the former King of the Pirates, Gol D. Roger. One Piece’s global pop culture status is the crowning achievement for this anime franchise, which encompasses theatrical films, home videos, video games, and an ever-expanding catalog of licensed merchandise that includes accessories, toys, novelties, furniture, housewares, and apparel.

“The 1000th episode of ‘One Piece’ is truly a history-making moment not only for the franchise, but also for the millions of fans around the world that have supported the series over the last 22 years,” said Masayuki Endo, President and CEO of Toei Animation Inc. “We’re excited to mark this major milestone for ‘One Piece’ and look forward to celebrating it together with fans at our special global livestream event on November 20.”

“It isn’t every day you get to celebrate such a respected series hit such a grand milestone like this,” shared Asa Suehira, Chief Content Officer of Funimation Global Group. “’One Piece’ has been a huge part of the Funimation family over time and we’re so proud to be a part of the ongoing journey Toei Animation continues to produce.”

To mark this momentous occasion of 1000 episodes, a celebratory virtual live streamed event will be broadcast across Funimation’s and Toei Animation’s YouTube channels simultaneously, as well as the official One Piece Facebook page. This virtual event will be hosted by YouTuber RogersBase on November 20, 2021 at 3:00 PST and will feature free streaming of episodes 998 and 999, prize giveaways, fan videos, and more.

In addition to the live stream, earlier this month as part of the “One Piece” 1000th episode celebration, Toei Animation and Fathom Events announced a special two-night “One Piece Film: Strong World” theatrical event on November 7 (English Dub) and November 9 (English Sub) in select theaters across the United States. This will be the first-ever U.S. theatrical release of “One Piece Film: Strong World” – the 2009 movie written by creator Eiichiro Oda and 10th film in the One Piece franchise. For more information, visit fathomevents.com/onepiece.

For more information, go to funimation.com/blog

Based in Los Angeles, Toei Animation Inc. manages the film and TV series distribution of Toei Animation’s top properties – some of the world’s biggest anime franchises including Dragon Ball, Sailor Moon, One Piece, Digimon, Saint Seiya, and many others – to North America, Latin America, South Africa, Australia, and New Zealand. In addition, within these territories, Toei Animation Inc. handles all categories of consumer product licensing based on Toei Animation’s film and television brands. For more information, please visit toei-animation-usa.com.

As the market leader in anime, we proudly deliver incredible fan experiences across television, feature films, events, collectibles, and the Funimation App.

Headquartered in the US and connected by a global network, our anime-obsessed team serves the fandom in over 52 countries and 10 languages. With over 400 team members, we’ve built a global community where fans and their passion will always have a place to belong.