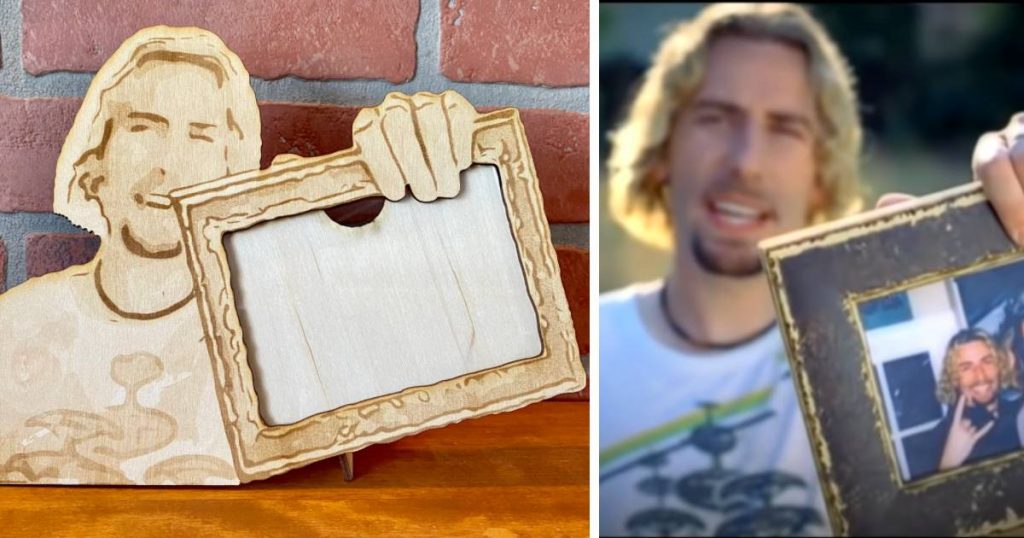 If you’ve been on the lookout for the ultimate frame this might take the cake. Nickelback has long been the band that people love to sh*t on but they’re also one of the most stuck in your head bands. [Editor’s note: naw, Nickleback is pretty terrible and absolutely deserving of the hate they get.]

Song “Photograph” and the way that Chad Kroeger looks at that photograph in the song, you can’t help but laugh along with him. But I digress, we’re not here to talk about Nickelback, just this epic frame that everyone should own.

What this frame is is a statement. It’s one that screams, “HEY! LOOK AT THIS PHOTOGRAPH… DAMMIT.” I don’t know anyone who wouldn’t take a gander at a frame such as this. And what you choose to frame be it a wedding photo, a picture of your dog, or even Nickelback-ception- you really can’t go wrong with this.

NobleIntentCo has this item, and it’s been sold for a number of anniversary gifts. One buyer said that their spouse looked just like Chad, while another says that their husband would just burst into this song at the weirdest times. It’s the perfect relationship frame if you’re someone who grew up with this banger in the 00’s. Want to feel old? The song came out in 2005 and is now… 16. That means in 2023 it will be an adult in human years. WOW.

Pick up your own reminder ala Nickleback on Etsy here.