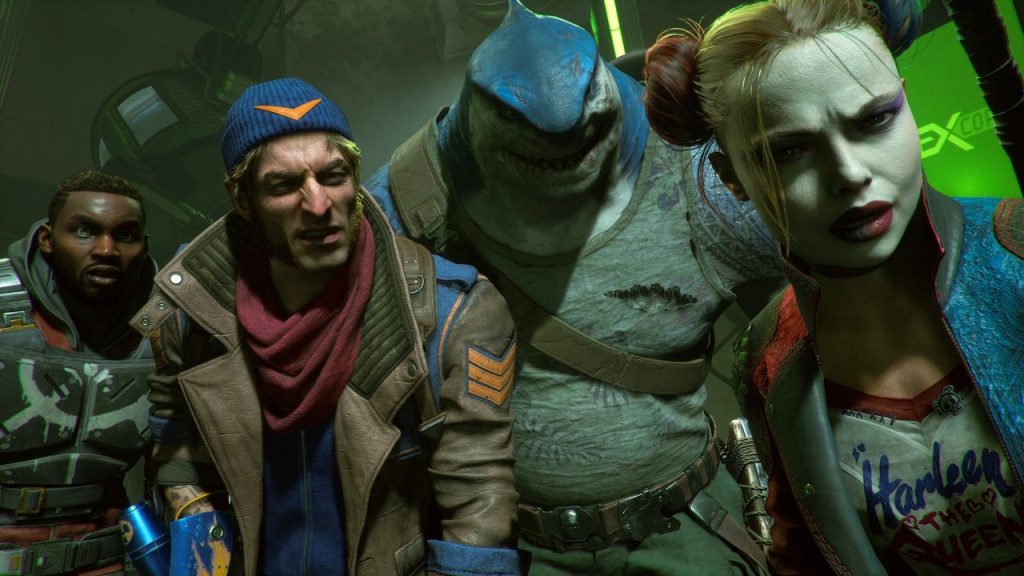 There’s about to be a “Suicide Squad” game from Rocksteady, and we’re all in. DC FanDome showed off a trailer that was full of comedy, violence and villains.

“Suicide Squad Kill The Justice League” is an action adventure shooter developed by Rocksteady Studios. It is being published by Warner Bros. Interactive Entertainment and is set to release in 2022. The game will be available on Windows, PS5, Xbox Series X and Series S.

It’s a continuation of the “Batman: Arkham” games and is the first in the series not to include Batman as the main character. It revolves around the team’s attempts to defeat Braniac when he invades Earth and brainwashes the Justice League. It’s one of the times we’re rooting for the bad guys and it should be a fun romp to play.

There are going to be four playable characters: Harley Quinn, Deadshot, Captain Boomerang and King Shark. If you are playing solo you will be able to choose between them and change at will while the others are controlled by an AI. If you choose to play four player multi-player you get to choose one.

The title is expected to release in 2022.