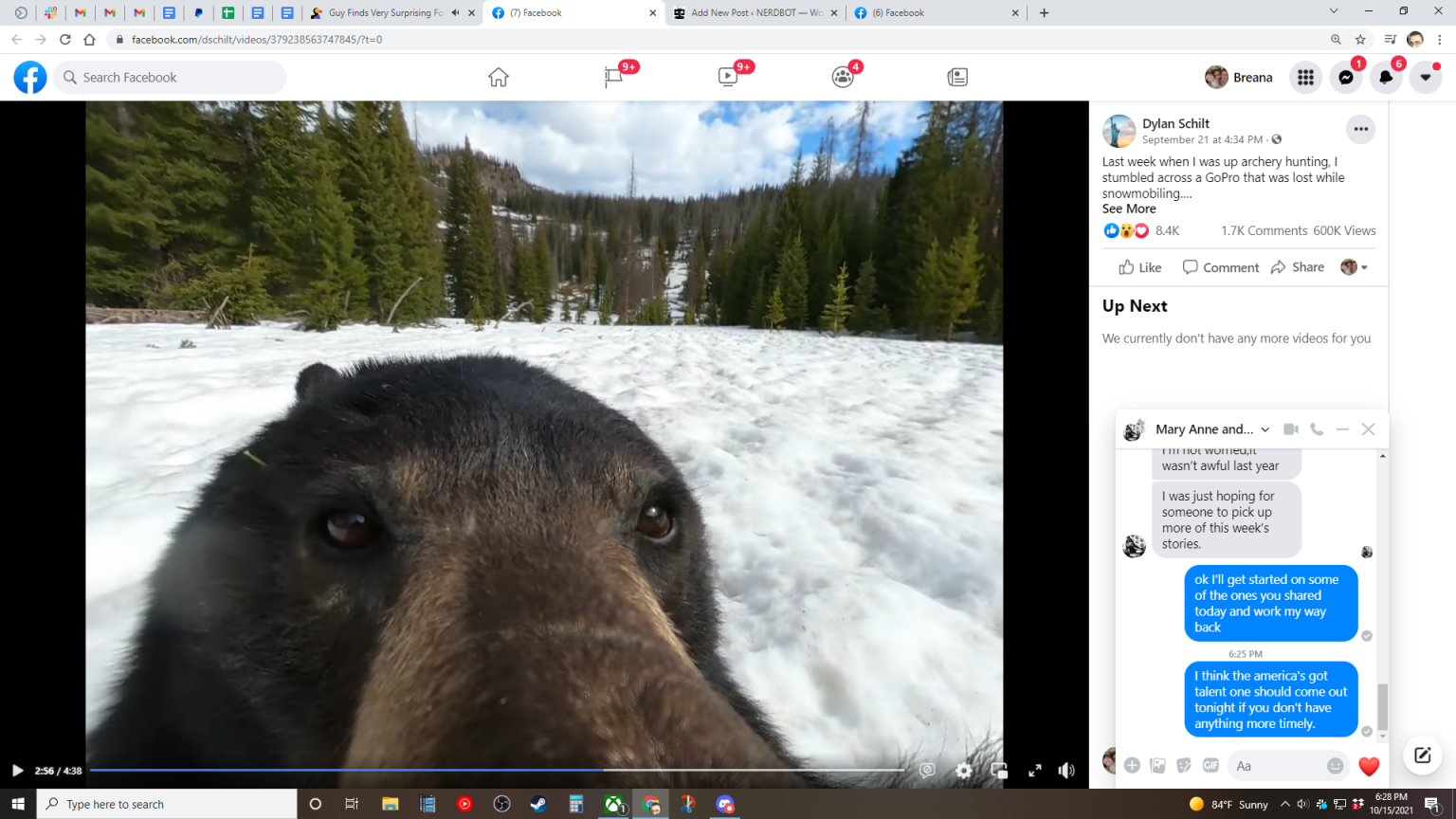 While out snowmobiling after hunting, Dylan Schilt found a lost GoPro on the ground. He didn’t think much of it then but when he got home he decided to charge it. After playing back the footage, he found a very surprising video of our new bear friend.

“Last week when I was up archery hunting, I stumbled across a GoPro that was lost while snowmobiling,” Schilt said. “When I got back to camp I charged it up and couldn’t believe what I saw. After four months of it sitting there, a big old black bear found it and not only managed to turn it on but also started recording himself playing with it. Hands down the craziest thing I’ve ever found!”

Does anyone remember “Bear in the Big Blue House?” Well I remember finding a stuffed animal of the bear one time where it said “I smell a friend” and the footage of this bear reminded me of it. You can see him trying to see what the GoPro is all about including chewing, sniffing and clawing at it.

If the footage of it being inside the bear’s mouth isn’t testimony enough to how much it can take then I don’t know what is. I mean, it’s literally survived the jaws of a bear! Now I want to see how one does in an alligator’s mouth. Minus the battery or anything that could hurt the animal of course.