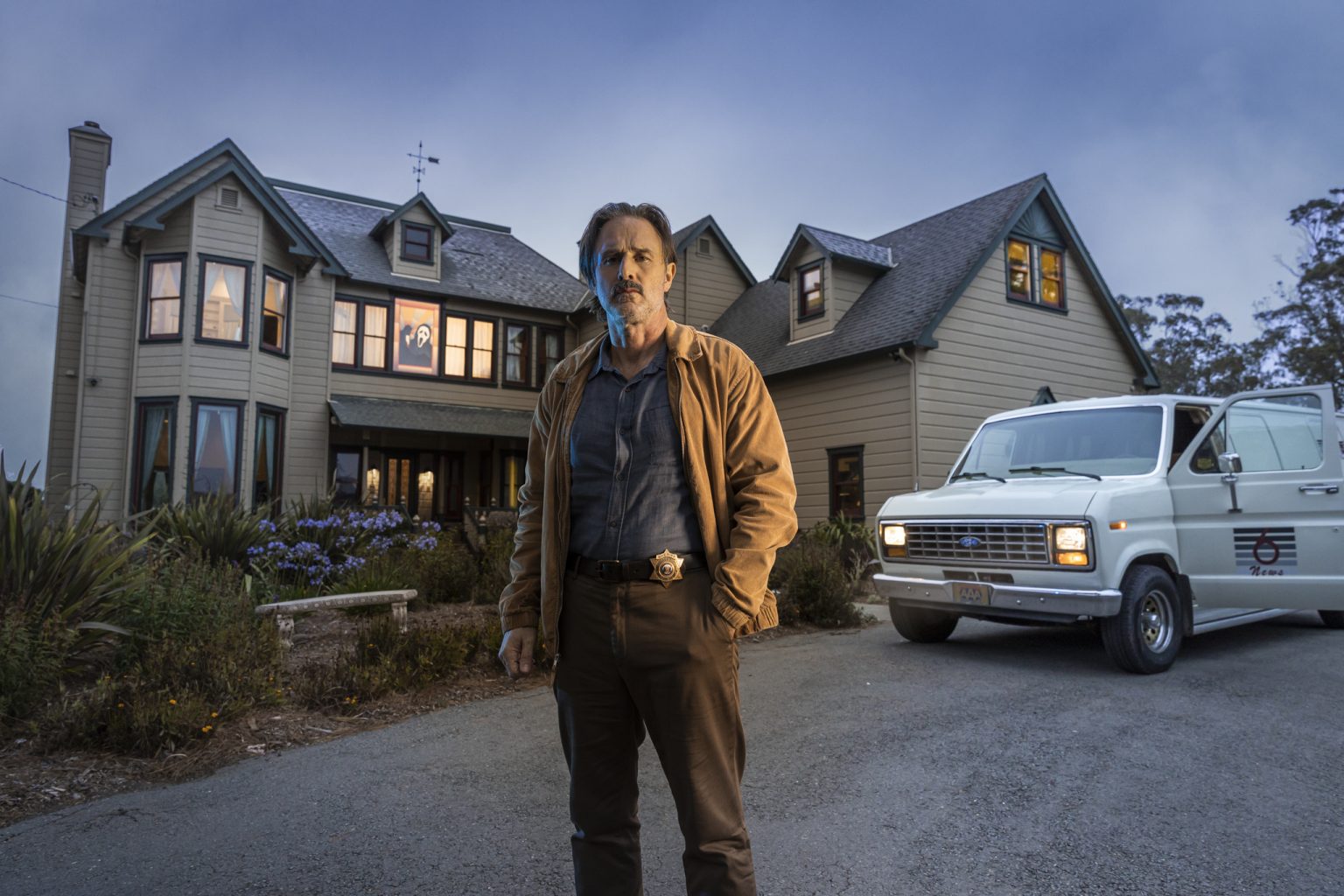 Original House from “SCREAM” is Available on Air BnB for Halloween!

This spooky season you can book a stay at the original “SCREAM” house! If you’re lucky enough to book it on Halloween and the few days leading up to it, your favorite small-town sheriff, Dewey Riley (David Arquette) will be hosting the overnight stay.

This year marks the 25th anniversary of the film and we’re also now looking forward to an upcoming “SCREAM” movie in 2022.

If you love scary movies then you’ll be delighted at all the extra details they’ve put into this. The home will feature Ghostface’s knife, scratch marks on the doors and will even have the iconic brick phone.

With reports of Ghostface on the loose terrorizing Woodsboro once again, local sheriff Dewey Riley (aka Arquette) is your Host, there to share his tips on survival. Heed his warnings and watch your back or you might find yourself face to face with the most fearsome killer to slash his way across the silver screen.

When it was released 25 years ago in 1996, the original genre-busting, hit film became a pop culture phenomenon, eventually spawning four sequels. “SCREAM,” the latest film in the series will be released in theatres around the world starting on January 12, 2022.

“Protecting the town of Woodsboro is my life’s duty, and I’ve certainly developed a knack for escaping Ghostface,” said Riley. “As your Host, I’ll be keeping a watchful eye on guests to ensure no one gets surprised by an unexpected plot twist. Trust me, horror movies always keep it interesting, for better or for worse…“

Dewey will host three, one-night stays for up to four people at the Northern California estate on October 27, October 29 and October 31 for only $5* a night, in honor of the upcoming release of SCREAM in 2022. During their stays, guests will get to experience all the scariest elements of the original SCREAM, including:

Those looking to book should note that this stay’s rules are in strict adherence with local COVID-19 guidelines. And guests can rest easy knowing that onsite staff will follow the Center for Disease Control and Prevention guidelines as well as Airbnb’s COVID-19 Safety Practices, which include wearing a mask, practicing social distancing, and abiding by our five-step enhanced cleaning process. Guests are responsible for their own travel to and from Northern California.***

To celebrate the most frightful time of year, Airbnb will make a one-time donation to Ween Dream, which provides free Halloween costumes to children in need nationwide.

For those “SCREAM” enthusiasts and horror movie fans who are unable to book the stay, there’s another opportunity to get your adrenaline rush. Original “SCREAM” screenwriter, executive producer, and scary movie expert Kevin Williamson will host an online experience on Thursday, October 28th that will give guests a chance to learn behind-the-scenes secrets of the “SCREAM” franchise, including the cast, characters, plot twists and more.

Booking for this chilling online experience also opens on Tuesday, October 12th, and is bookable here.

*Plus taxes and fees

**The one-night stays are not a contest

***Those who request to book must currently live in the United States.