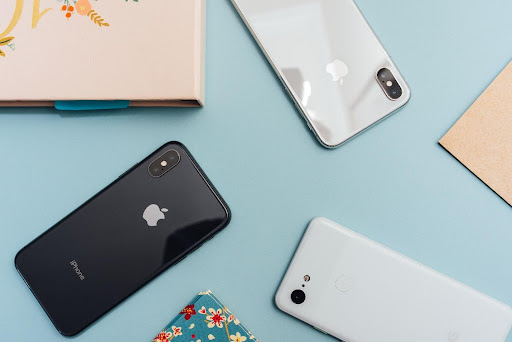 Vulnerabilities of the IOS Operating System to Hackers You Should Know

What is the Apple vulnerability?

An apple vulnerability is a flaw, error, or weakness discovered in network security that could be exploited by a malicious attack to breach a protected network. So the question is, can an iPhone be hacked? There is a possibility; however, as Apple is known as one of the most secure devices with solid encryption from one end to another, there are several steps as well that can be taken by the IOS user. For example, VeePN makes a VPN that is available to download for iOS. VPN can encrypt your data, hide IP, unblock websites, and many others. This way Apple users can protect their devices from the beginning.

Can iPhones get viruses?

iPhones are rarely attacked with viruses because Apple makes every effort to prevent third-party apps installed on its devices. Second, unlike Android and Windows, Apple customers download the apps directly from the Apple Store, ensuring that it is virus-free before being downloaded to your iPhone. As a result, the possibilities are slim but not zero! Third, because they can install apps from a variety of other app stores outside of the Apple Store, users who have jailbroken their iPhones are at a far higher risk of receiving malware on their devices. Finally, apps downloaded from illegal app marketplaces are usually maliciously loaded and are not always vetted for safety.

What are the top five vulnerabilities of your operating system?

Simple phishing assaults to more sophisticated crypto jacking and crypto-mining attacks are all examples of cyberattacks. All of these assaults, however, have one thing in common: identified vulnerabilities, some of which are exploited due to fixes that were not implemented immediately.

Five of the most common vulnerabilities are:

A vulnerability is allowing attackers to run malicious programs on susceptible workstations and servers from a remote location. After that, attackers can take steps to target other flaws. Executing Remote code is the most frequent software vulnerability today and can proceed to further attacks such as denial-of-service and privilege elevation.

Remote code execution flaws are usually labelled “critical” and should be corrected as soon as possible. According to the latest report on cyberattacks, crypto mining was linked to 90% of remote code attempts. Spoofing is frequently used to obtain access to carry out an enormous cyberattack, such as a man-in-the-middle threat that depends on internet monitoring and interception. Additionally, phishing attacks that are frauds designed to get sensitive data from people or organizations may also be carried out with it.

Among the most severe Microsoft STRIDE risks is denial-of-service (DoS), which renders systems like Windows or browsers unusable on a regular basis. A denial-of-service attack is used to divert attention away from other illegal actions like network intrusion and data breaches. However, it has also been used to infiltrate a machine with malware while the user is defending against a DoS assault. A distributed denial-of-service (DDoS) operation is similar to a denial-of-service (DoS) attack; however, on a broader scale, this attack includes numerous compromised computers attacking the host from various angles at the same time.

In Feb 2018, GitHub was struck with a rapid attack of activity that came in at 1.35 terabytes each second, making it among the biggest DDoS attacks ever. Over 1,000 different autonomous systems were involved in the onslaught.

Elevation of privilege commonly referred to as privilege escalation, as well as EoP, grants an attacker access permission that is greater than those given initially. For example, during an EoP hack, the user issues a command that provides administrator access to an unauthorized user. The majority of cyberattacks integrate elevation of privilege along with other vulnerabilities such as RCEs.

In March, Microsoft addressed a significant vulnerability that was detected: the elevation of privilege in the Win32k component. However, attackers began exploiting the flaw only a few days after the fix was released by running malicious software in its kernel-mode; that’s where the computer’s essential components run.

The act of faking someone by interfering with a password and a username authentication procedure is called spoofing. Spoofing allows hackers to gain access to confidential data in a victim’s profile. Spoofing is particularly common in apps that employ the Chakra script system, such as Internet Explorer or Edge from Microsoft. According to recent research, almost 30,000 spoofing assaults take place every day.

How to protect yourself from hackers and viruses?

What You Should Know About UEFA Financial Fair Play Rule

The Rich And Long History Of Baccarat