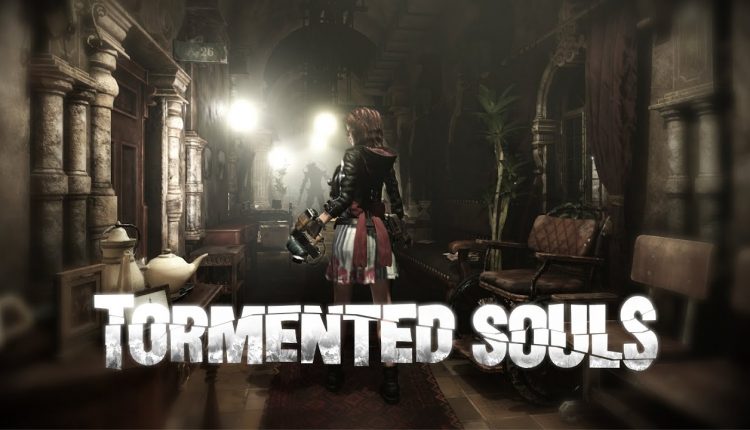 You’d be hard pressed to find a bigger survival horror fan than me. From way back in the halcyon days of the shambling zombies of “Resident Evil,” the psychological horror worlds of “Silent Hill,” and the helpless-schoolgirl-in-distress romps of “Haunting Ground” and “Clock Tower.” I played them all. It was a teenage obsession, and for many gamers the niche genre most prominently represented on the PS1 and PS2 holds a very special place in our black little hearts.

Somewhere around “Resident Evil 4,” the genre made a drastic shift in tone, and the trademarks of the survival horror game began to change. The signature camera angles, usually locked in place for maximum spooky set piece reveals and jump-scares, migrated to tight third person moving cameras. Our heroes began taking us along with them on their shoulders. Where once our protagonists were hapless fathers lost in a foggy town or troubled teenage girls seeking escape from their mysterious imprisonment, we moved to capable ex-military heroes and boulder punching musclemen. Video games were evolving into a more cinematic experience, and the many holes in survival horror were being filled with a thick caulk of action that often leaked out the sides. The ‘classic’ survival horror game quietly became subsumed.

While there are some interesting exceptions, like the first person sub-genre inspired by the terrifying experience that was P.T., cinematic action still makes up the bulk of horror games to this day. It’s rare to see a return to the old standards. The exploration, the horrors hiding around the corners of the fixed camera. Indie developer Duel Effect Games is determined to give fans of the classic survival horror something to enjoy.

A new return to an old favorite

“Tormented Souls,” developed by Duel Effect Games and published by PQube, takes us to the twisted halls of Wilderberger Hospital. Wandering the lonely halls as a young woman seeking to unravel the mystery of two missing girls, it’s not long before we encounter the bizarre and the horrifying. “Tormented Souls” is designed with all the standbys of the genre in mind, and makes a great effort to recapture the trademarks and the stylistic world of the classic survival horror.

From the first time you stroll down a dimly lit corridor, flickering zippo lighter in hand, and watch the camera slowly twist on its axis, you’ll find yourself deep in those classic horror vibes once more. Saving your progress on a limited supply of record tape and counting ammo as it drops worryingly low are all hallmarks of old-school survival horror. It’s amazing how nostalgic something as simple as safe room music is until you enter a room and hear those soft dulcet tones fade in.

The abandoned (or is it?) hospital we find our unlucky heroine in is wonderfully fleshed out and a beauty to explore. It’s absolutely filled with detail, rooms packed with attention to atmosphere. Gruesome medical equipment strewn around the rooms, decrepit halls strewn with books, computer equipment and all manner of detritus. As opposed to a long forgotten ruin, it feels like the place was abandoned recently, maybe in a hurry, and that gives the world around us a lot of life.

Equal attention to detail perhaps can’t be said of our heroine, the unfortunate Caroline Walker. Drawn to the lonely island upon which the hospital waits, our poor heroine quickly finds herself mutilated, stripped naked, and left hooked up to an oxygen machine, all before the story has even really begun. Caroline isn’t the most memorable personality for most of the game, but serves well simply as a guide to escort us through the horrors found within the games dark halls. Compared to the beautifully rendered backgrounds, Caroline’s appearance seems a little lackluster, as if she stepped in from a console generation a little behind the rest of the game.

A Hospital of Horrors

As the plucky Caroline, you’ll explore the dark halls and slowly uncover the horrors that took place in Wildberger Hospital’s sordid past. Medical horror is by far the most prominent theme, and those with a nervous disposition for it are going to have a rough time. Of course, whilst exploring surgery rooms, operating halls and morgues, Caroline encounters a variety of horrific creatures out for her blood. Each twisted in their own horrible way, the monsters of “Tormented Souls” fit the name well.

The enemies that pursue Caroline as she goes about her exploration each appear to be a victim of some awful surgical procedures. Some are missing legs and drag themselves across the floor on stumps, others creak along in rusty wheelchairs with surprising speed. They are all mighty horrible, and definitely memorable fare to fill out the maze-like paths of the hospital. Caroline isn’t completely helpless and can fight back with a number of weapons, bashing away at her pursuers with a crowbar or filling them full of nails launched from a chunky nailgun.

Of course a survival horror isn’t built on combat, and most of your time within the world of “Tormented Souls” will be spent seeking and solving the many puzzles found within. A mixture of scavenger hunting, clever item use and logic puzzles fill out the game, with some being impressively robust in nature. Overall the puzzles to be found throughout Caroline’s adventure are satisfying. A few times I was stumped for a while, but the solutions are fair and logical give time and thought, and there’s some well designed thinkers in here well beyond just ‘find item A to open door B’.

Taking such a direct leap at a genre most famous from 20 years ago is of course risky. It can be easy to forget just how clunky some of the greats of the genre were when compared with how games work nowadays. Luckily, “Tormented Souls” does a good job with quality of life improvements to tighten up some rusty old screws. Inventory management is quick, and testing items on puzzle components is fast and precise.

While you can use the old-school ‘tank style’ controls if you like, they are optional, and a far quicker more intuitive control style is also present. Also blissfully absent is the slog of inventory management. Caroline picks up what she needs, and doesn’t need to worry about the contents of her pockets or backtracking to pull something from a storage box. Everything is in your inventory when you need it, be it your many obscure items destined for some future puzzle, or your storage of nails and health kits for the many monsters waiting to jump out at you. Conversely, a way to get rid of items we’ve used that no longer serve a purpose would have been nice.

The Perils of being a Horror Protagonist

While it is indeed a staple of the horror genre for the hero to be a mostly helpless girl, at some point it can of course feel exploitative, and our protagonist in “Tormented Souls” does bear some examining. There are without a doubt wonderful examples of a female lead in the genre. “Silent Hill 3” starred Heather, a teenage girl thrust into all manner of awful situations, but in no way ever felt exploitative. Heather was an identifiable character and would become known as a hugely popular protagonist in the history of the genre.

“Tormented Souls” gives us Caroline, a similarly lost young woman exploring the horrors of Wildberger Hospital. She’s a simple enough character, even if she dresses a little funny. She wants to help people out, and seems to know an awful lot about classical art. But before we’ve even taken control of Caroline for the first time, we’re given a full-frontal view of her naked as she awakens in a grimy bathtub. While there’s no problem with nudity in games aimed at an adult audience, serving up the female lead in such a way before we’ve even really met her feels grossly exploitative. While we do learn a little more about just who Caroline is as the game progresses, we learned all we need to know about exactly who Heather was by hearing a two minute phone call to her dad, and we didn’t need to see her tits to make us invested in her ongoing drama.

“Tormented Souls” knows what it wants to do and it pulls it off with charm and definitely a lot of fun. It is simplistic by design, at least compared to modern games, and the visuals are certainly not what you’d expect to appear on brand new systems. The gameplay as a whole is a bit clunky, and the voice acting is dodgy to say the least. The map system is an effort to access time after time. If this was a full-price game released by a major company, I’d say hold off for a sale. However, “Tormented Souls” was released at a third of the price of an average game, developed by an untested new indie studio. I would say, as a huge fan of the genre, that the clunkiness is outweighed by the pretty awesome retro feel that they have managed to pull off here. While it may be difficult to recommend to gamers who never played this era of games, for those who loved the classic survival horrors of yore, this is a fun and original feeling throwback to those days. I look forward to seeing what Duel Effect Games may come out with in the future.

“Tormented Souls” is available on PS5 and Steam now, and is coming to PS4, Switch, and Xbox One soon.

Why It’s So Hard to Design a Brand Logo