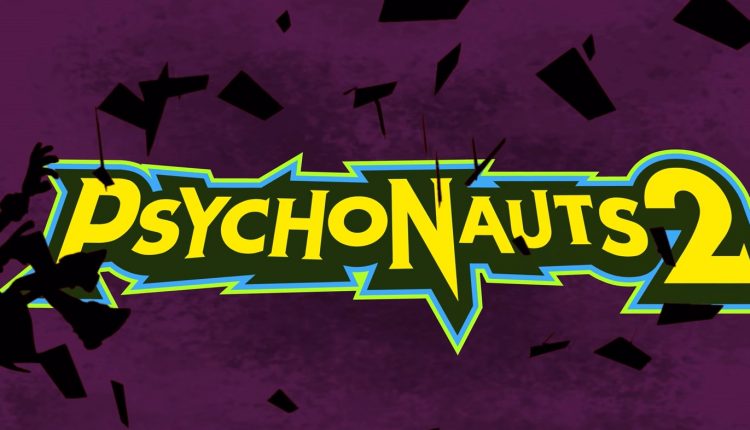 Double Fine’s “Psychonauts 2” Was Worth The Wait [Review]

Back in 2004, a game was released on the original Xbox system by an untested developer. It was weird, stood out from the crowd, and against expectation, became a cult sensation. This was “Psychonauts,” springing from the mind of Tim Schafer and his Double Fine Productions game studio.

Starring the unmistakable voice of Richard Horvitz (“Invader Zim,” “Angry Beavers,” “The Grim Adventures of Billy and Mandy“) as Raz, a young hopeful at a camp for psychic kids who gets involved in foiling a villainous plot to take over the world, “Psychonauts” was a mind-bending platforming adventure that became well known for its trademark off-beat humor, outstanding voice acting and memorable characters great and small.

Fans clamored for a sequel for years. But the poor sales of the game made it a risky bet for publishers regardless of its industry awards and critical acclaim. And the possibility of a true sequel languished in uncertainty for years. Now, thanks to the runaway success of a 2016 crowdfunding campaign, fans finally have what they sought for so long. After 17 long years, “Psychonauts 2” has arrived, and fans are going to love it.

Whenever there’s a massive gap of time between games in a series, there’s an expectation of change. In “Psychonauts” case, it’s a gap of three whole console generations between Raz’s first outing and his new adventure. Games are expected to update, evolve, and especially in the case of “Psychonauts” genre, the comparatively out of style 3D platformer, you might expect to be handed something different than the first when jumping into “Psychonauts 2”. Unexpectedly, and blissfully so, this is not the case.

“Psychonauts 2” Is Everything The First Game Was Known For

Instead of transforming the sequel into a more modern genre or style of game, it revisits the old classic. That isn’t to say that nothing has been improved in the long wait though.

The once wonky controls, often the bane of the 3D platformer, have been spruced up and made tight and responsive. The familiar art style has been given a vibrantly fresh coat of paint. The update on the imagery is new but it still retains the distinctive freaky looks of the characters we know.

“Psychonauts 2” as a whole is a 3D platforming adventure, an explore-a-thon searching outrageous environments reflecting the mental landscapes of various characters that Raz encounters. Linked by a hub area allowing Raz to re-explore previously experienced areas, “Psychonauts 2” takes the concept of minds as a landscape and blows it up to even further extremes than previously explored. Worlds transform regularly, exploding in scope, twisting in wild and unexpected ways. Raz must navigate beautifully varied and ever-changing landscapes in every mind he enters.

An early example sees Raz exploring the mind of his fastidious new teacher. There are many settings in her mind. Things like the simple classroom she built in her mind for her students to lecture them in. Or having to follow along as she drives an ambulance through her anxieties about childcare. And then on to the nightmarish memory of the hospital she used to work at. The levels are fantastic in scope and design, and you really do never know what’s coming next. There’s one sequence in particular that was such a spectacle. I had so much fun playing through it, that I don’t want to go into detail. I simply do not want to spoil any of its awesomeness.

Just Successfully Navigating The Stages Isn’t All There Is

With the many collectible figments and ’emotional baggage’ to help settle along the way making a return. You’ll also find an assortment of new collectibles and upgrade items to search for in each level. Supported by a fairly robust, if a little cluttered, journal taking note of all your objectives. If finding every little bit of fluff throughout a game isn’t your thing, rest easy! Clearing out your journal isn’t mandatory to finish. However completionists are also in luck. The game details where to go to dig out each last little flickering figment or memory vault. You’ll find all kinds of things strewn across the psychedelic depths of the stages.

Raz’s many psychic abilities also make a return including pretty much everything you could do in the first game. Like hurling psychic blasts, navigating platforms via rudimentary levitation, or simply setting fire to the world around you. Each of these has had a spruce up, looking better and serving a more clear use throughout the game.

New abilities are added to your roster as Raz gains skill in the world of the Psychonauts, like a fun leaping navigation ability that also functions as a clever puzzle mechanic, darting back and forth between floating thoughts and ideas within a characters mind to create new synapses, often leading to discovering paths to travel, or just quirky dialogue when you force a character to connect the ideas of something like ‘positivity’ or ‘death’ with ‘socks and sandals’. There are still far more abilities than there are buttons on your controller, which can lead to some frustrating moments. You’ll have to reassign what you have equipped several times. This can be annoying in a big boss battle where you’re using multiple abilities moment by moment. The plus side is it’s fast to reassign when you need to.

An element of the Psychonauts world that can’t be understated is the characters. Fleshed out freaks with a ton of individual personality, “Psychonauts 2” is filled with many returning faces and a host of new ones expanding the mythology and world of the Psychonauts. The clueless kids of the summer camp setting have been replaced with a crew of angsty teenage interns. They each bear their own quirks. The original voice acting roster has returned for almost everyone. The new characters are just as lively and likable as the classics.

“Psychonauts 2” took its time getting here, and the love that went into it shows. It is bigger, crazier, and more complex than its predecessor. It’s longer, with far more areas to explore, more enemy variety and a ton of stuff to find. But it hangs tight to the core concepts of the original. Managing to retain the distinctive humor and the joyful characterization that made the first game so beloved. If you liked the first, there’s almost no question you’ll love “Psychonauts 2.”

For those new to the series, I’d recommend “Psychonauts 2” to anyone with a taste for platforming or exploration, or simply a fan of strange comedy quite unlike anything else. It’s easy to get into, and fast to get the hang of the game’s many psychic powers. Give it a try, you won’t even feel lost, the plot so far is surmised in an intro cinematic voiced throughout by those dulcet “Invader Zim” tones you love.

Something that bears mentioning for those who may be unfamiliar with “Psychonauts,” is that a large factor of the story, plot, and the world itself is focused on a variety of mental health related concepts that may be difficult or upsetting for some. Characters deal with and explore concepts such as anxiety, depression, trauma, combat PTSD, and other severe mental illnesses. Many of these issues are explored in a mostly lighthearted sense. But this may be a sensitive issue for some gamers and bears taking into consideration.