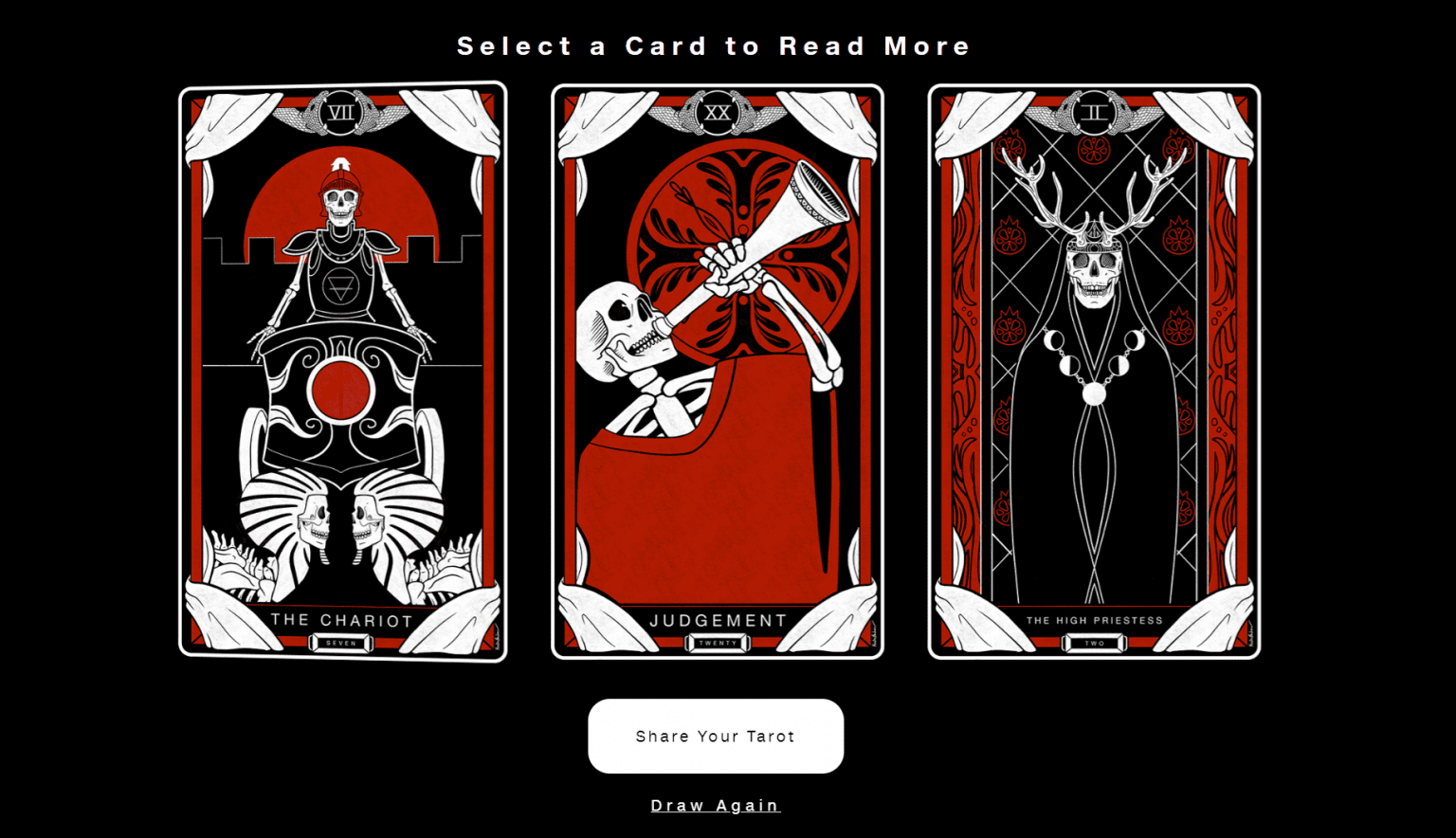 Looking for a quick way to tell if you’re going in the right direction? Tried Tarot.com and spent all your money? Well, you can get a free three-card tarot reading with the major arcana just by visiting rock band Deftones’ website. They’ve teamed up with designer Kristina Boudreau for a tarot deck named Deftones Major Arcana.

The deck itself is really pretty! It’s not too obtuse, and is something that any fan of either divinity or the Deftones would love to have. Unfortunately, you can only view it by choosing cards via the digital tarot card experience. Personally I’d love to have a printed set but hey, maybe they will release one in the future. Maybe I should ask the cards if that’s going to happen?

When you enter the site, it will ask you to either connect your Spotify account or enter your email. After you do that it will invite you in ominously by saying your name (in text on the screen) and giving you a little message about how they owe you a reading.

Then you click on three cards representing the past, present, and future and voila! A free tarot reading just for you. Tarot cards are fun because you can apply them to anything that’s on your mind. Worried about an interview? Ask the cards!

Another nice feature is that you get to listen to their music while reading your cards and meanings. This whole thing is to bring fans of the band who may have grown up back into their midst. Because let’s face it we may have gotten older but we’re definitely still into the strange and mysterious stuff we were into before.

[Editor’s note: BRB, gonna listen to Deftones’ cover of Duran Duran’s “The Chauffeur” for like the 800th time. And the anniversary edition of White Pony.]