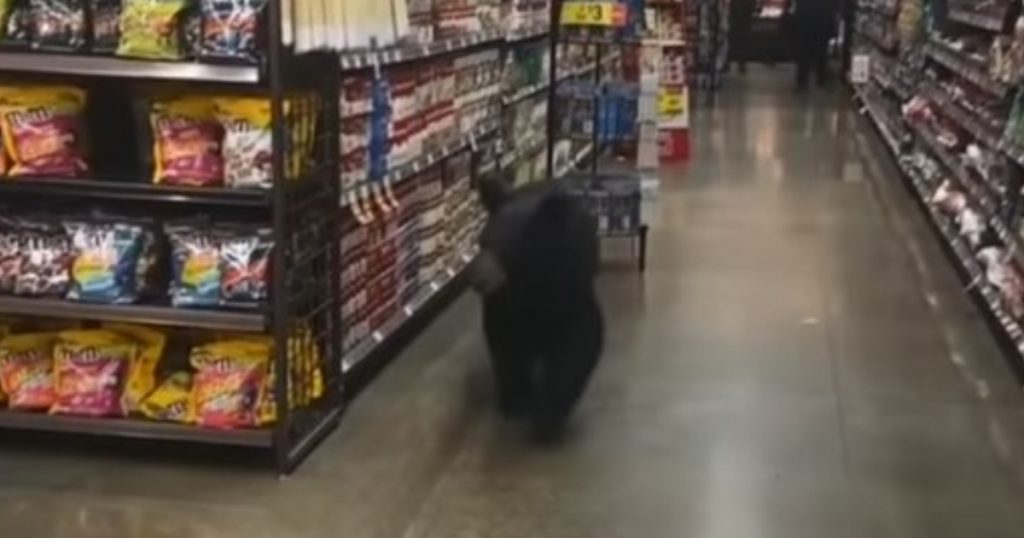 Shoppers in Porter Ranch, California were surprised to see a bear strolling the aisles of a Ralph’s on Sunday August 8th. I think we all know how this goes. A bear walks into a bar… err, supermarket and says, “…..” It says nothing! It’s a bear! And it’s definitely not supposed to be in any supermarket.

While it definitely startled the shoppers, what’s even more startling is the age of the bear. It was just a cub, and probably out looking for food which makes us wonder, where’s mama? Well she was there too? She had probably left by the time the officers got there.

Initially, the report said that three bears were inside the store, but it seems that mom and possibly brother or sister had wondered out. The call was made at 6:45 am by people inside the store located at 19781 Rinaldi Street.

Luckily no persons or animals were hurt. The cub was tranquilized and removed from the location.

Bears will wander inside stores in search of snacks and food. They probably just wanted a few bags of potato chips. Hopefully they were able to get some food outside the store.