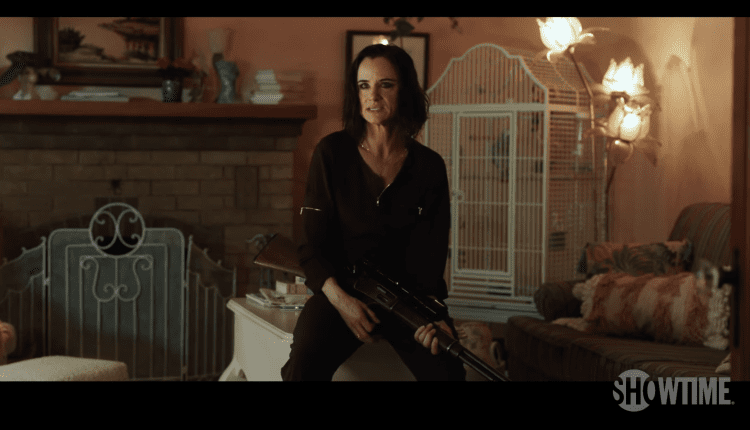 Who’s ready to get weird? Never one to shy away from the fringe and bizzare, SHOWTIME has picked up the new series “Yellowjackets” in December 2020 and released a new teaser. Packed with notable stars and an eerie, chilling aesthetic that would give Lord of the Flies a run for its money, the quick glimpse at the new show has our interest. I mean, anything with my forever celebrity crush Christina Ricci has my curiosity, but adding a layer of cannibalism and a dark twisted comedy vibe with lines like “Hello Misty…you crazy bitch,” while Juliette Lewis cocks a shotgun and now you have my attention.

“Yellowjackets” tells the story of a group of young, talented high school girls soccer players who survive a plane crash deep in the Ontario wilderness. The girls take a turn for the worst, going from a complicated but team oriented survival to warring cannibalistic clans. The show will follow this descent into madness while also examining how the survivors are still putting their lives back together 25 years later. Needless to say, there’s no love lost among survivors, and the horrors and atrocity they may have committed to survive affect their lives regardless of time passed.

While there is no release date set, the show is said to be airing this fall, with later episodes currently being filmed in Vancouver. You can watch the teaser trailer for “Yellowjackets” below.

All the New 2021 LEGO Advent Calendars Are on Sale Now!