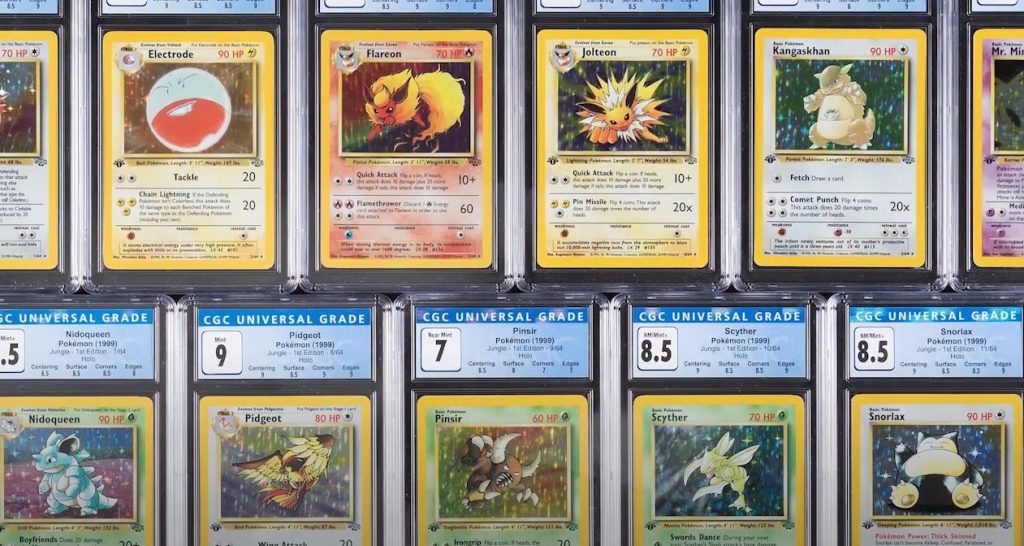 Insane Pokémon Collection Worth Millions Is Up For Auction

If you’ve been collecting Pokémon cards then you know just how rare some first edition cards are. Heritage Auctions is putting up a part of Bart Kiser, “The Rad Dad’s” collection that he left to his family before his death. The family decided to do this after his passing in 2018 at an Utah ski resort from a sudden heart arrhythmia. They knew that the cards were important to him, but now they realize what they left him was a giant pile of potential money.

It’s really the best time too to be selling this collection. Avid Pokémon collectors have been ravaging shelves. Even McDonald’s had to come up with special rules with their Pokémon promotion lately. The bidding has already begun, so if you want to try to get anything from this you’ll need to start now. Heritage Auctions has these things listed and ready to go July 24th-25th.

I will warn you though, If you look it’s going to be REALLY tempting.

“This is by far one of the most extraordinary collections I’ve ever seen and one of the most extraordinary families I’ve ever seen,” said Joe Maddelena, Executive Vice President at Heritage Auctions. “The Kisers are a loving family and Bart’s delight at sharing the Pokémon experience with his children is evident in just how far he went to build this epic collection – the ‘Rad Dad Collection.’”

Some Highlights Of The Collection Are:

Highlights from the Rad Dad Collection offered at auction includes sealed box sets such as a Pokémon Japanese Base Set Sealed Booster Box (Media Factory, 1996) released only in Japan (est. $40,000). These boxes were released in Japan on Oct. 20, 1996, which was a little over two years before the English version. English versions of these boxes came with 36 card packs but Japanese versions came with 60 packs.

A Pokémon Unlimited Edition Base Set Booster Box (Wizards of the Coast) remains sealed since 1999, the year the set was released (est. $20,000). It includes 36 booster packs, each with 11 cards, for a total of 396 cards. The cards have never been touched and they are all likely gem mint condition.

Bart Kiser obtained a rare Pokémon First Edition Jungle Set Sealed Booster Box (Wizards of the Coast, 1999) (est. $15,000). This was the second set of the mega-popular Pokémon Trading Card Game, released on June 16, 1999. The set included a total of 64 cards and it was the first set to include copies of the holographic cards in non-holographic form.

Again that link to view these amazing listings can be found here.