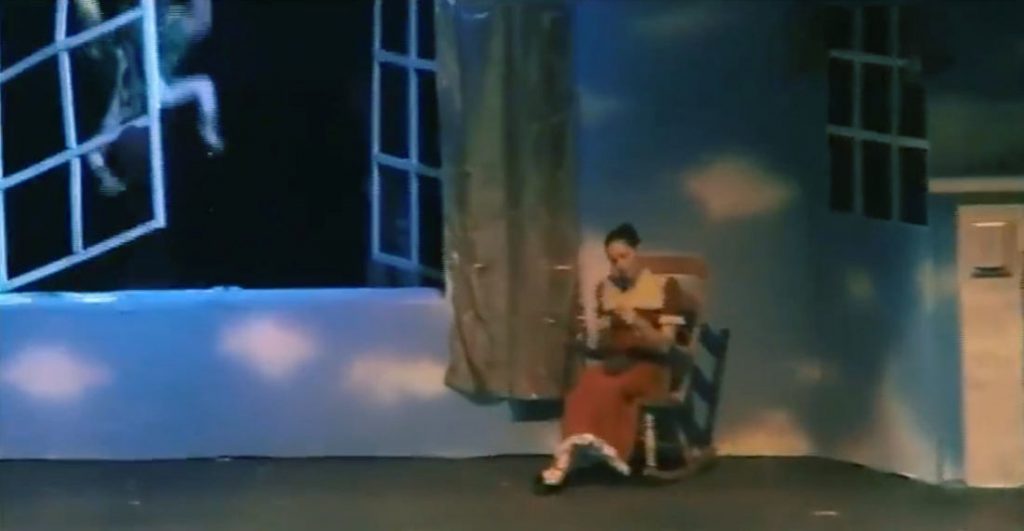 Its an odd moment when you realize you had taken something seemingly normal for granted. Especially in the last year when most of the routine events in our lives were suddenly taken away in exchange for fist fights in grocery stores over the last roll of toilet paper. You get so caught up in everything that when you get presented with something normal, it creates a wave of nostalgia. Even if it is something that was previously considered to be a chore in even the best circumstances.

For parents, one of these awful events was the school play. Being trapped in an auditorium while you watch a godawful production of a classic play was considered a rite of passage for both parents and children. For the child, it is an anxiety inducing nightmare where one has to navigate low budgets, bad production values and the task of remembering lines for a crowd of people who are mostly there under school mandated duress. Parents and older siblings have it no better, where they have to pretend that the abomination on stage is something worth wasting 3 hours on a Thursday night for. Normally, its a mind numbing affair for all but the most dedicated of theatre kids, with everyone else hoping that they can one day forget it ever happened.

That is until you lose that experience and get a chance to see it in all its messy, chaotic glory. What was once an event you tried desperately to get a stomach flu to avoid becomes magic. Television producer Nathan Cykiert took to Twitter on Monday to share a glimpse of what once was and the result is a sudden pang of longing for getting the chance to see the low point of a child’s life in the comfort of a drafty auditorium.

You truly get it all in this video of a poorly done performance of “Peter Pan.” The dizzying highs of imagining an overzealous play director thinking they can pull off Peter Pan on a tiny budget and a crew with zero experience making an actor look like they are flying. As well as the crushing lows when the inevitable happens and your star actor goes careening through the balsa wood window like a 80 pound wrecking ball. Most of all, the shared audience experience of collectively gasping at the prospect of seeing a minor break their neck for the sake of an extracurricular that most colleges would barely bat an eye for. It is such a distilled slice of the human condition, where we try to use art to express ourselves only for it to become a disaster across multiple fronts.

Just compare this to the ill fated Spider Man: Turn off the Dark Broadway show where multiple actors nearly get killed in similar fashions.

Both examples speak to our innate human connection through witnessing the pain of others. We get connected in seeing people suffer for art and develop unique memories that cannot truly be captured otherwise. Its been lost in the last year, but as things return to normal, it will be so gratifying to share in such a wrong headed idea executed badly with our friends and neighbors.

Mostly though, its pretty funny and I am looking forward to a day when my own children can be in something so shoddy. It will give them something to chuckle about during their inevitable therapy sessions