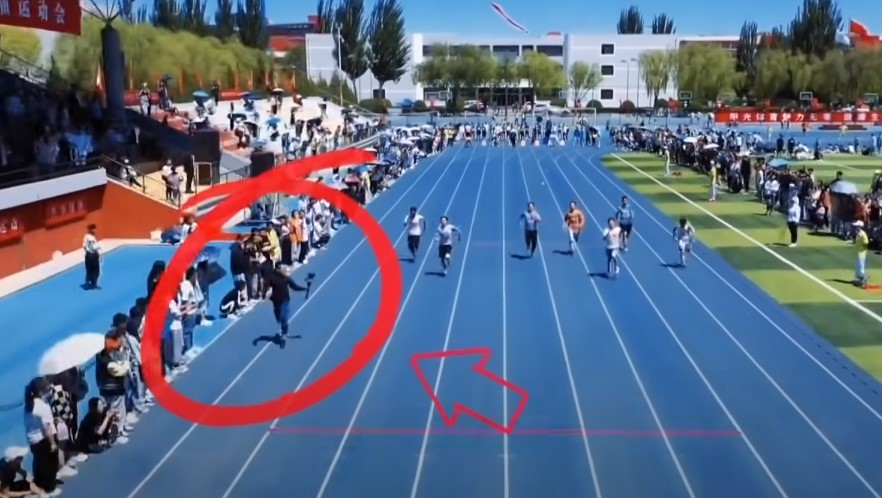 A student film maker in China’s Shanxi province kept up with the track team at a meet. This in itself is pretty impressive but add to that he was holding a camera to film them while staying ahead is next level. The student at Datong University in northern China won applause online for keeping pace with all of the competitors during a 100-meter sprint. If he wasn’t on the team before- they’re bound to scout him out for their next member.

Granted he did start out a few meters ahead it’s pretty cool that he was able to stay ahead. It sounds redundant but runners are FAST. Some of the onlookers said things like “he was the real winner of the race.”

What do you think? Pretty impressive right?