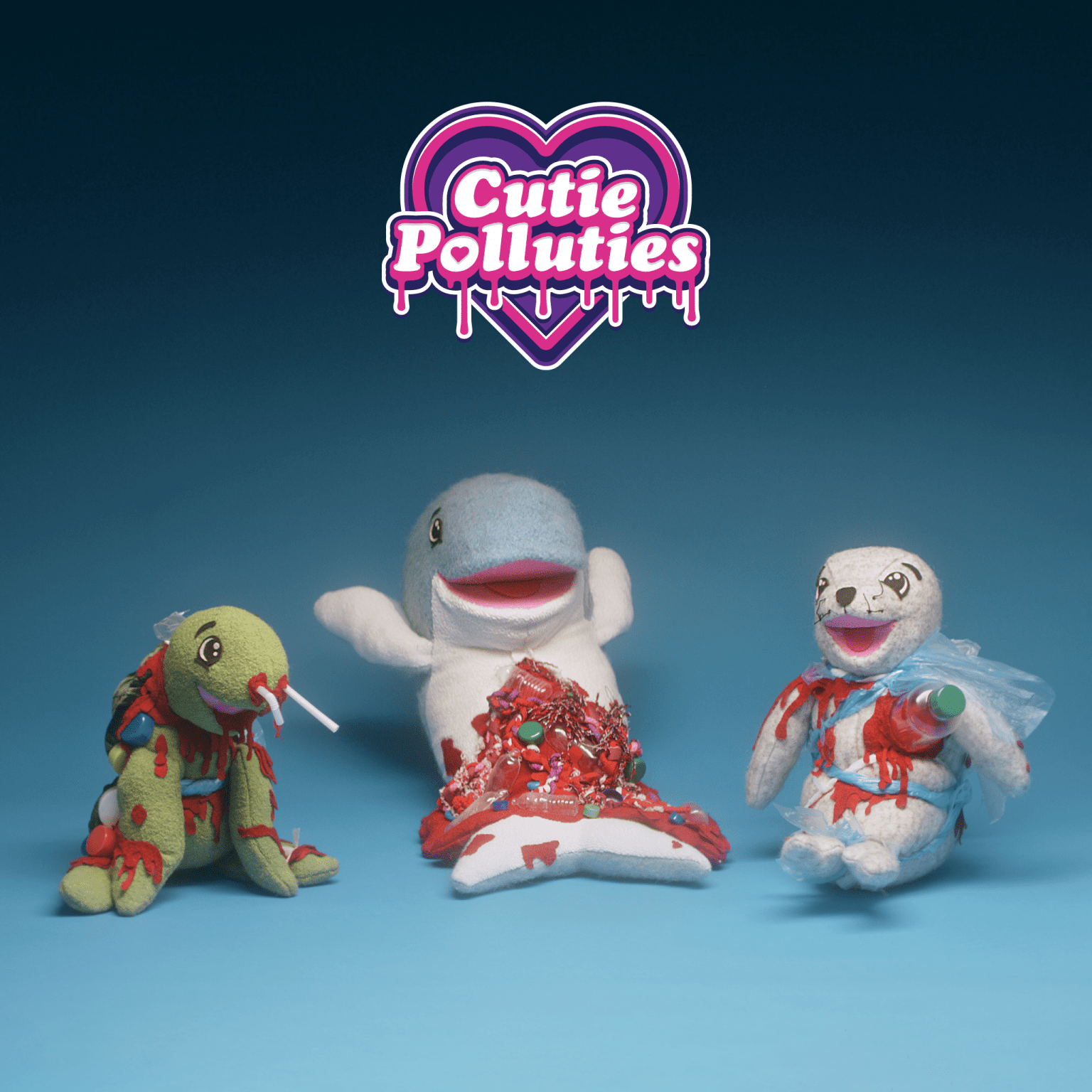 Cutie Polluties From Liquid Death are Here, and ADORABLE

When you think of stuffed animals, you think of cute little plushy creatures of all sorts, dogs, cats, unicorns (they’re so fluffy I could die!) and teddy bears. You wouldn’t think of stuffed animals mutilated by single-use plastic. Canned water brand Liquid Death has brought us Trashy the Turtle, Suffers the Seal and Wastey the Whale. These plush toys, called Cutie Polluties, were designed to raise awareness of pollution’s rising tide.

With all things considered, it’s an interesting and, uh, um, “softer” approach than you may be used to seeing from Liquid Death. They trumpeted the dangers of plastic and offered hilarious heavy metal and punk albums with songs using hate mail.

Creative agency Callen’s founder and creative chief, Craig Allen said that they had put together all of their favorite toys when they were children, and knew that what they wanted to create was stuffed toys with gore and over happy expressions- kind of like there was some mysterious evil corporation out there that was trying to sugarcoat this terrible and horrible things that plastic ends up doing to our oceans.

When his 6-year-old saw the toys, the kid asked “What happened to the sea babies?” and he explained that this happens to the plastic we use after it goes into the ocean. The 6-year-old replied with, “I don’t like it” and now she refuses to drink out of plastic water bottles. So, perhaps chalk one up to the traumatizing experience one can get from these lovable-but-terrifying stuffed plastic animals.

“Each plush toy is roughly 11 inches tall. All plastic material used on Cutie Polluties is made from either rPET (100% recycled plastic) or biodegradable plastic. These Cuties are intended to be companions for decades and not be thrown out after one use like plastic bottles.” – Liquid Death

I can tell you that there is a very serious message in all of this, plastic waste is serious, and if we don’t do something about it, like get serious about switching to reusable containers for things, or recycle our one-use plastic products, by 2050 plastic waste will outweigh fish pound for pound.

Design firm Standard Transmission is producing the limited editions using 100% biodegradable or recycled materials. If you are interested, you can purchase one of these adorable-as-a-thought plushies on Liquid Death’s store for $75 each, and they will donate 50% of all profits to help clean up the seas.