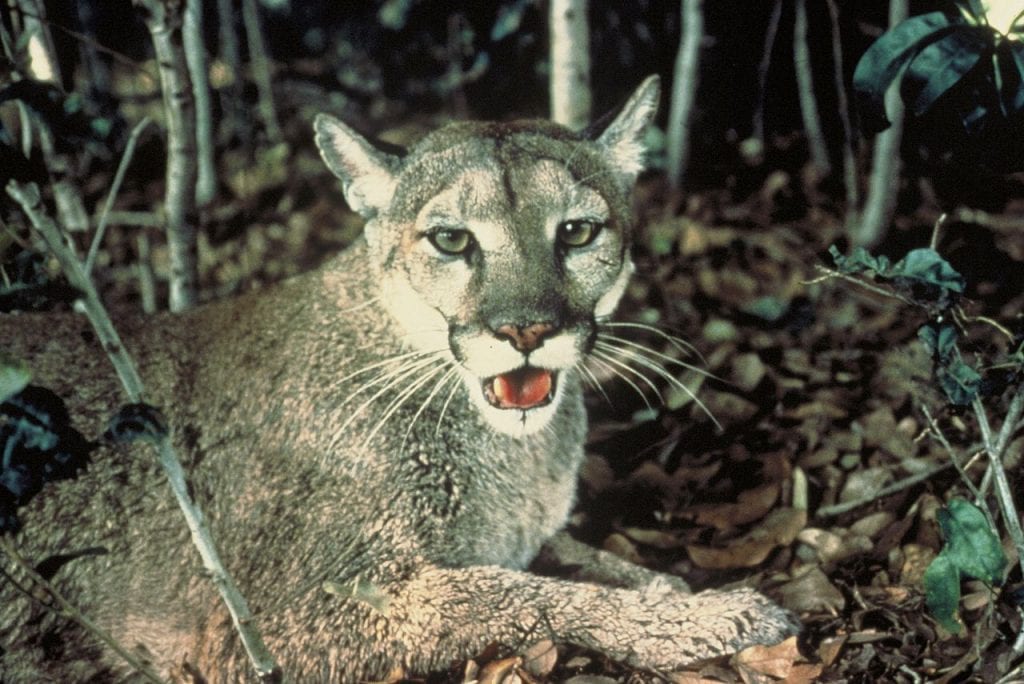 The once nearly extinct Florida Panther has been spotted fighting over territory in South Florida. A father and son were on a turkey hunt when they saw the pair sparring and caught it on camera. Andres Pis says that he’s seen them before, but this was different. What makes this occasion special is that the two were fighting over territory, which signifies that the population has grown significantly.

At one point in the 1970s, Florida panther was almost extinct. There were fewer than 20 left. Due to this the remaining population was seriously inbred. Then in 1995 eight female cougars were introduced with the intention of fixing their genetic pool. It worked and now the subspecies number has risen to somewhere around 200.

The Florida panther is still hindered by limited territory and prey. With people taking over their habitat it creates smaller spaces for them to hunt and roam. Males alone need up to 200 square miles which is huge.