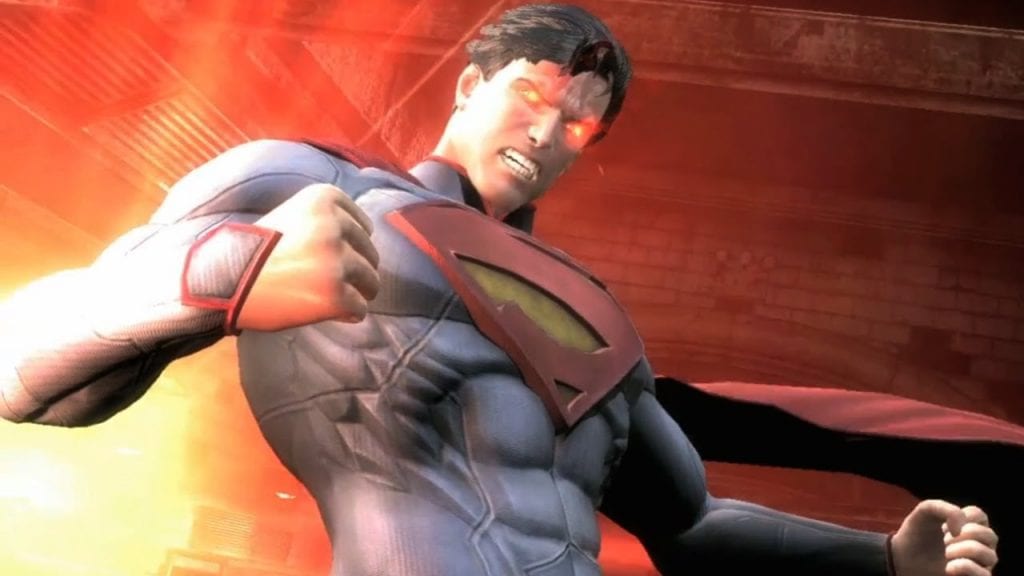 “Injustice: Gods Among Us” Animated Film Coming from WB!

The next DC Comics animated film from Warner Bros. Pictures will be based on the storyline of popular video game “Injustice: Gods Among Us“. While often flying under the radar, the wide selection of DC animated films have often been well received. Some of these releases are even considered to be superior films to their live action counterparts featuring DC comics characters.

[Editor’s note: News of this animated feature came as a shock, and so far has only been confirmed by the official WB press release accompanying the premiere of “Batman: The Long Halloween Part 2” trailer.]

Inspired by the story of the successful fighting games, the animated “Injustice” feature film will likely explore a world where Superman, driven mad with the constant violence of his life and his feelings of helplessness within it, turns to using his powers to control the world as an unstoppable tyrannical dictator. Only Batman and a team of underground resistance fighters remain to oppose the iron fisted grasp of the superhero turned-despot.

While no information on cast or creative involvement has yet been unveiled, we’re eager to see how the animated version of one of DC’s darkest storylines is brought to life.

“Injustice: Gods Among Us” was the second attempt to bring the worlds of DC comics characters to the modern fighting game scene. The first, Midway‘s 2008 entry “Mortal Kombat vs. DC Universe“, that saw comic heroes such as Batman and Superman facing off against characters like Scorpion and Sub-Zero, was agreed by most to be a fun idea built into an absolute clunker of a game. With the renaissance of Mortal Kombat coming a little later with 2011’s “MK9“, considered to be among the best fighting games of all time, NetherRealm Studios revisited the idea of a DC fighting game built on the ground work they had forged with “MK9“. The result would be “Injustice: Gods Among Us“, a massively successfully fighting game bearing a host of memorable DC characters kicking the absolute crap out of each other set to the backdrop of an original stand alone storyline. “Injustice: Gods Among Us” would spawn a sequel that provided similarly successful, as well as an equally popular comic book adaptation that continued to expand the gritty and violent storyline, that lasted over 150 issues.

A trailer for” Injustice” will reportedly be included with the release of “Batman: The Long Halloween, Part Two” as a special feature on July 27th, 2021.