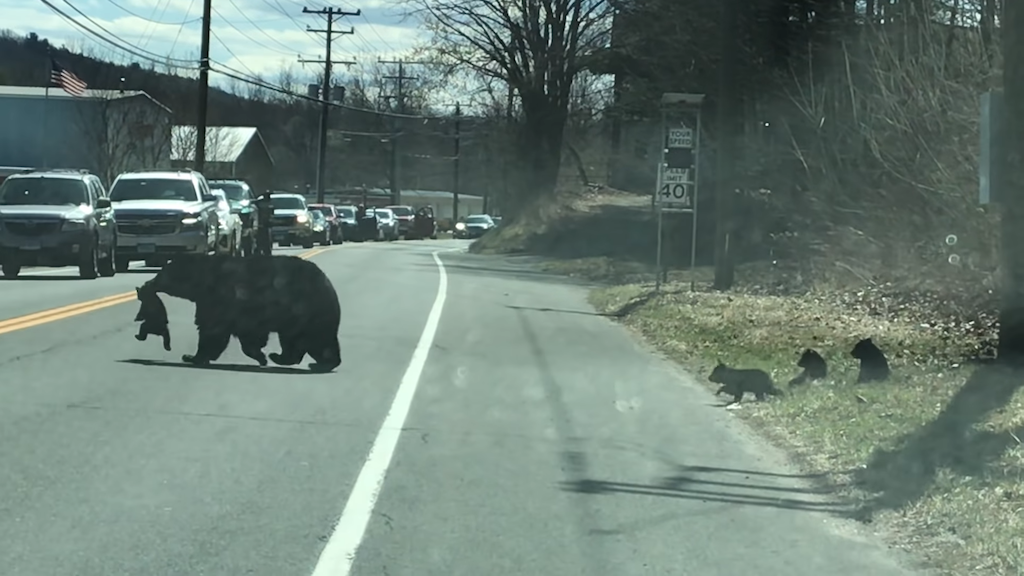 While watching this mother bear try and herd her four rambunctious cubs across a busy street I couldn’t help but feel for her. It’s hard enough having one or two kids and she’s out there with four! Let alone trying to cross the street with them when you only have four paws and a jaw that can carry one at a time.

The video quickly went viral. What’s even more wholesome about it is that a human mother of four in Winstead, Connecticut captured the footage. The worried mother bear going back and forth trying to round them up is such a mood.

It’s too bad there’s no bear alternative to the rope trick that kindergarten teachers use on field trips. You know, the one where all the kids have to be holding the rope at all times? Like the little ducks on a pull string toy.

Check out the video below!