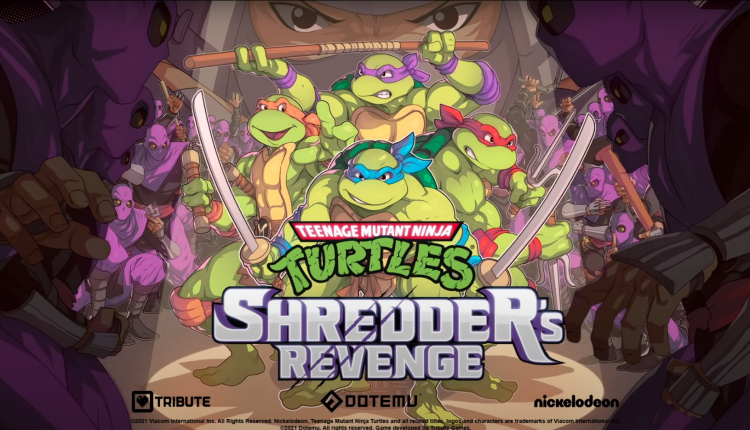 One of the most recognizable arcade games is getting a sequel of sorts 30 years later and coming to Console and PC. “Teenage Mutant Ninja Turtles: Shredder’s Revenge” is a retro style, co-op side scroller game developed by Tribute Games, creator of “Scott Pilgrim Vs. The World Game” and some other nostalgic retro remakes over the last few years. Fans of the 1989 classic and its follow up “Turtles in Time” should be very excited to channel some old school turtle power, and take solace in the capabilities of the studio behind this new entry.

The official gameplay synopsis is as follows:

“With Bebop and Rocksteady amassing gizmos to support Krang and Shredder’s latest scheme, Teenage Mutant Ninja Turtles: Shredder’s Revenge finds the turtles battling through a breathless tour of iconic TMNT locations to thwart their nemeses’ most diabolical plan yet. Armed with shell-shocking new abilities built on a foundation of classic brawling mechanics, the gang are in for an exhilarating, Foot Clan-stomping romp leading them through the sewers and bustling boroughs of New York City all the way to Dimension X.”

As someone who spent countless hours dodging, diving, ducking, dipping, and dodging (with of course the occasional punch, kick, and weapon swing) in the original, returning to the sewers in a nostalgia fueled game once more is extremely welcomed. The side scrolling retro feel of the game and the studio behind it makes it look extremely promising, and is also in start contrast from the other more recent Ninja Turtle games from Activsion.

The consoles and PC release is still unspecified, and no release date has been set. You can check out the trailer below

Check Out this ‘Stache’ of Goodies to Celebrate Mario Day!