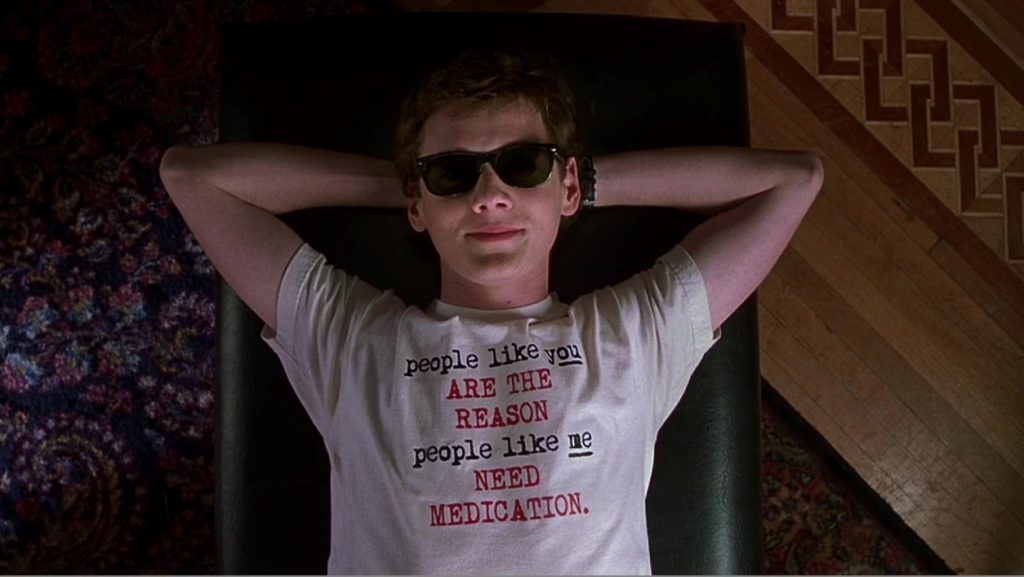 It is always difficult to write about a young actor gone too soon. Not because they haven’t left us with plenty to talk about, just that (this is probably oversharing) I have an unhealthy fear of death and writing a spotlight of someone’s work after their passing is a reminder of that with every sentence. That certainly has more to do with me than it does Anton Yelchin, but if this spotlight seems shorter than some of the others, you deserve to know why and that it has nothing to do with laziness or effort. And make no mistake, Yelchin deserves to be on this list as much as anyone.

I’m not gonna lie, I feel really dumb being surprised that he was born in Russia, and both of his parents are prominent in the figure skating world considering his name is Anton freaking Yelchin. I mean, that just screams KGB, but I never really put it all together until I sat down to highlight his work here. Yes, even critics who comb every frame of film for analysis can fail at being astute sometimes. Yelchin’s parents are REALLY Russian, coming in third place for pairs and almost qualifying for the olympics in 1972. His uncle is Eugene Yelchin, a famous children’s book author, illustrator and painter. Also, ya know, Russian.

Anton originally had no true desire to act and said early on that he wasn’t very good at it. Luckily for us, he decided to pursue acting instead of figure skating, and has left a solid body of work with some great performances. Yelchin has an endearing innocence and naivety about him onscreen. It’s so subtle sometimes, but he manages to view the world with a child like wonder without dumbing himself down or falling into a caricature. It’s perhaps my favorite aspect of most of his work, and I’m not even sure I’m articulating in a way that truly captures what I mean. Anton Yelchin truly has a unique approach to his roles, and some of his best outings are the ones you probably haven’t heard of.

On that list is one of my favorite Yelchin films, “Charlie Bartlett.” a 2007 comedy drama about a young, wealthy teenager who is forced to attend a public school and begins selling prescription drugs as a means to become popular. It is far more nuanced than that, and it is without a doubt an inspiration for Netflix’ hit show “Sex Education.” Though problematic overall in its portrayal of teenage drug use and its inability to decide whether it wants to be full blown “American Pie” or more indie subdued “Juno,” Yelchin delivers a terrific performance here. The film also sports some solid performances for Robert Downey Jr. and MCU support character favorite, Kat Dennings. But it’s Yelchin that really shines here, bringing that innocent yet thoughtful approach to a layered and complex teenage trying to navigate his very complicated life.

I also really like his performance in the remake of “Fright Night.” I remember not really caring for it upon my first watch, but after a few viewings and retrospect, I’ve grown to really enjoy the film overall. And Yelchin again sells it here. While sure, he’s got Colin Farrell having the time of his life playing a vampire and David Tennant doing his absolute best Russell Brand impression, Yelchin holds his own against them all. I don’t really know what it is, but that baby face and giant green eyes are just undeniably likable.

For being just 27 years old, Yelchin has quite a few film credits to his name. It’s actually far more extensive than I thought, clocking in roughly 40 films in 20 years, starting at the very young again of 11 years old, and that excludes shorts and TV appearances. This speaks to just how underrated he actually is given that most of them aren’t necessarily mainstream blockbusters outside of the “Star Trek” series.

For some additional underrated recommendations, I’d offer “Like Crazy,” “Green Room” and “Thoroughbreds.” There is a lot to choose from, but these are some of my favorite hidden gems of his in addition to the aforementioned ones.

Yelchin clearly had a lot more to give us, and he is best honored by remembering the great performances he left behind. What are some of your favorite Anton Yelchin performances?