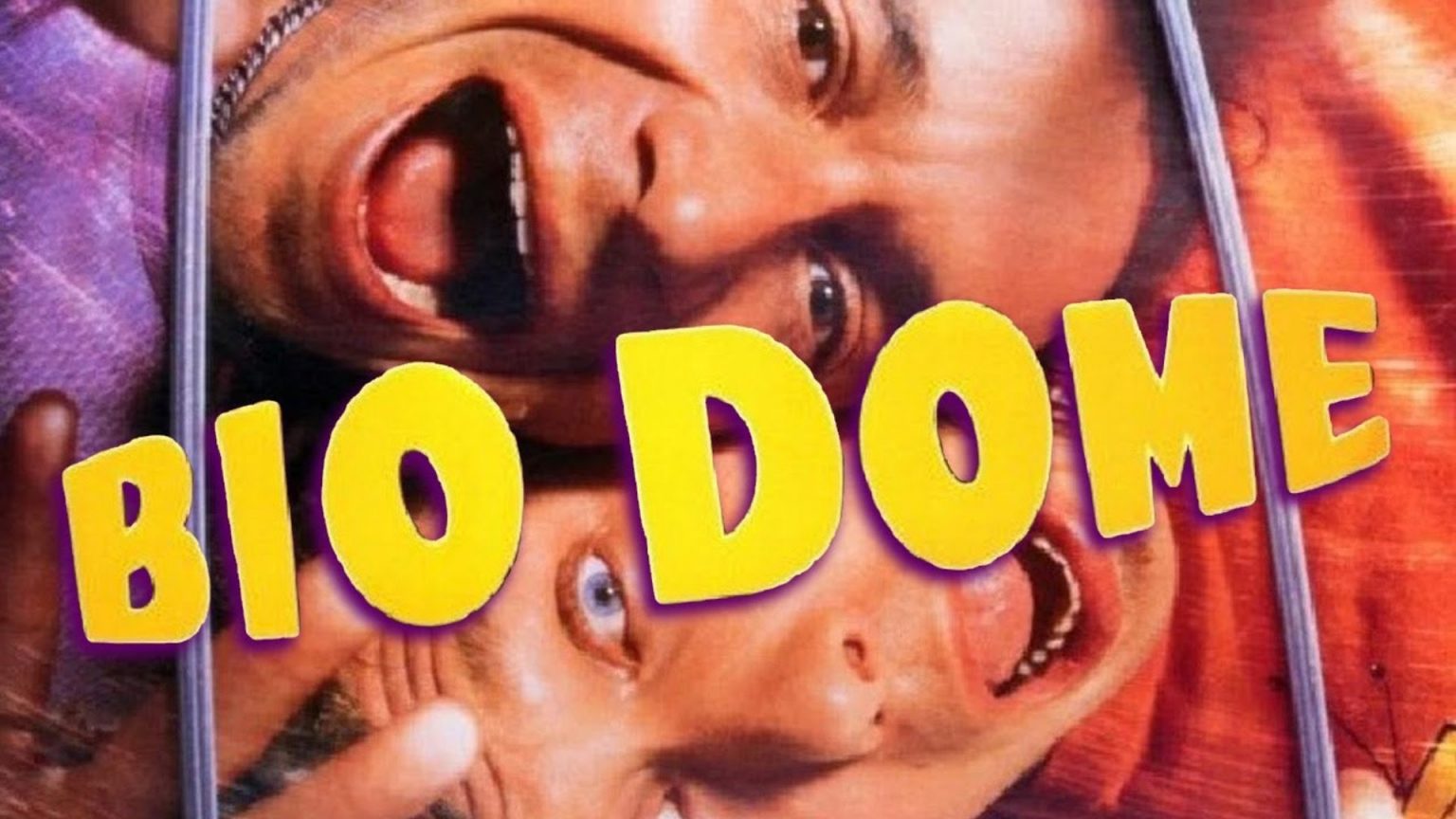 I don’t think I fully grasped the brevity of attempting to watch and judge universally accepted bad films. I think I thought that more of them were grossly misjudged and categorized incorrectly, but after watching “Bio-Dome” I realize I have made a grave mistake.

There is very little redeemable to be found in this Pauly Shore film, and watching it was far from a pleasant experience. I even tried to give it the benefit of the doubt, giving it some leeway for BEING a Pauly Shore film. I suggested that perhaps, while he may not be my cup of tea, SOMEONE likes what he does and maybe on the within that framework the film isn’t as bad as its 4% score of Rotten Tomatoes suggests.

Spoiler alert: “Bio-Dome” is bad with or without Pauly Shore, and that is not a compliment.

I know it’s hard to imagine, but there was a time where Pauly Shore had the literal keys to the kingdom. For reasons still unbeknownst to me, an entire generation let Pauly Shore run amuck at the box office, churning out film after film of his patented squirrelly delivery and man child shenanigans. In 4 years, he appeared in 7 films, 4 of which are exclusively starring him as the draw. Surprising no one, 3 out of the 4 could all appear on this series, with “Jury Duty” holding the not so coveted title of holding a 0% on Rotten Tomatoes. It’s important to understand this; providing the cultural framework of the early 90s and it’s MTV slacker culture helps us understand a few key things about “Bio-Dome.”

One, why Pauly Shore was allowed to make such a ridiculous movie in the first place. It’s not even just that “Bio-Dome” is bad in retrospect or in hindsight. Even through the proper cultural lens and the unexplainable Hollywood prominence of Pauly Shore, “Bio-Dome” can’t even function on the most basic level of filmmaking.

More over, both Shore and Stephen Baldwin are downright obnoxious, with no redeemable or forgivable qualities to make their child like antics the least bit excusable or endearing. Happening congruently is the rise of Adam Sandler, another “place this man child in this situation and see what happens” schtick king. For better or worse, this was the box office for comedies. The difference between Shore and Sandler is that regardless of whether you like him or not, things like “Billy Madison” and “Happy Gilmore” have a likability about its main character that is sorely lacking in “Bio-Dome.” The two main leads are simply unlikeable, and while it makes sense that Hollywood gave the green light, they absolutely should not have.

Two, cultural framework helps us judge the film not just on its own merits but against the comedy at the time. As previously mentioned, the man-child in the army or man child goes to jury duty or man child plays golf was THE thing for comedy in the early 90s. Even if you weren’t on board, it was happening and happening a lot. Knowing this lets us weigh “Bio-Dome” against the comedies at the time without having to force them into the present day. This is as fair as I can possibly get to giving “Bio-Dome” a chance to redeem itself and make a case for it to exist in the first place. And it doesn’t. At all. Even by the comedy of the day, “Bio-Dome” is simply unfunny, with even Shore feeling like he’s just coasting on whatever minimal charisma he may or may not have had. Baldwin too, is so over the top and stupid he becomes cartoonish in his antics and suspends any belief that this is suppose to be a real person.

Lastly, it lets us explore the validity of the rating both at the time and today, covering all the bases and cutting off any outs that may be afforded to film. At the end of the day, “Bio-Dome” is suppose to be a comedy first, a Pauly Shore vehicle second. It fails on both accounts, being neither funny nor a justification for letting Shore headline films in the first place.

See, even if you were take Pauly Shore out of “Bio-Dome,” it still isn’t an enjoyable experience. I can suspend a lot of belief and buy into the most flimsy of plots if at the very least I find myself chuckling from time to time. And I’m not an elitist; farts are funny, and I’m not above any low hanging fruit if its done well. It doesn’t even have to be subtle, it just has to be funny, and “Bio-Dome” can’t even manage to make Stephen Baldwin whiffing farts and identifying the foods in the scent the least bit humorous.

I’ll take the experiment one step further as a final nail in the coffin. Take Pauly Shore out of “Bio-Dome” and replace him with Adam Sandler. By all accounts, if the film has even a sliver of watchability, this should work. But even imagining Adam Sandler as Billy Madison in “Bio-Dome” doesn’t make the film any better. It’s simply void of anything that could be considered fun to watch, and that’s coming from someone who absolutely adores even the smallest Kylie Minogue appearance.

Hell, the only redeemable thing in “Bio-Dome” is the 15 second cameo by Tenancious D (yes I’m serious), and as much as I love them, a blink and you miss appearance doesn’t make a film. Fun fact: Minogue has previously stated that “Bio-Dome” is one of the worst career choices and the only one she still gets ridiculed for by her father. This is coming from a woman who actually dated Pauly Shore AND was in “Street Fighter.” Let that sink in.

In all honesty, I actually don’t enjoy lambasting films like this. My hope (and true purpose of this series) is to find the good in the worst and become a champion for films that may be unfairly collectively shunned by critics. Unfortunately, “Bio-Dome” is not that diamond in the rough, earning its 4% by failing to be the only things its suppose to be and making it a very, very, bad film.