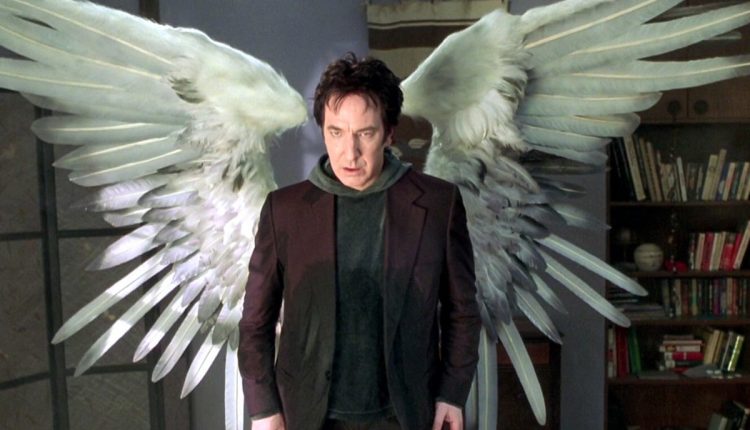 Alan Rickman is an actor who will forever be immortalized through his incredible and extensive filmography. From the moment Rickman showed up on screen, it was apparent we were witnessing the beginning of a truly great and captivating actor. Throughout his career, it hard to think of a bad Alan Rickman performance. Even if the film itself isn’t great, Rickman was always sure to be. His iconic roles will be remembered, always. Let’s take a look at my top 5 favorites, in no particular order.

There’s a lot to enjoy about “Galaxy Quest,” but Rickman’s Dr. Lazarus is most certainly a stand out. Portraying a disgruntled actor disenchanted with the beloved character and disdain for his fellow cast members, Rickman perfectly surmises the sentiment of the rest of the cast, and by the end has one of the more touching redemption arcs of the entire film. Rickman also demonstrates a perfect, almost seamless balance between self aware comedic timing and heartfelt drama, breathing even more depth into a pretty well written character already. It is merely a testament to just how good Rickman is in “Galaxy Quest.”

Remember when I said even if the movie wasn’t good, Alan Rickman still is? “Robin Hood: Prince of Thieves” is exactly that. Despite being a guilty pleasure of mine, I am more than willing to admit that the film isn’t good on pretty much any level except for Alan Rickman’s Sheriff of Nottingham. It constantly feels like Rickman is the only person who understands what kind of film they’re making, and chews through scenery with every single chance he gets. He is delightfully overacting, and despite being surrounded by less competent actors, Rickman shines through at every turn.

A much more subdued performance that some of the other ones on the list, Rickman’s turn as the Metatron is still deserving of being on any favorite list. With his quick wit delivery and larger than life angelic decrees, “Dogma” [which is completely out of print, btw] is Rickman at his best, supported by a strong cast, writer and director in Kevin Smith. “Dogma” is actually one of my favorite Kevin Smith films, and while that’s attributed to many things that work, Alan Rickman is certainly one of those things. Seriously, I could watch him announce, “I am….The Metatron” over and over.

There can be no valid list of best Alan Rickman performances without the inclusion of Severus Snape from the “Harry Potter” films. Easily regarded as one of his most iconic and well known roles, Rickman’s Snape is flawless from start to finish. Not to speak too far out of turn, but he is the epitome of bringing a book character to life exactly as readers imagined him to be. He is complexed, nuanced, and mysterious right to the very end, beautifully masking his true intentions and loyalties right down to his final tear. What is written for him is elevated BY him, something only an actor as talented as Rickman could do over and over again across numerous films.

Last by certainly not least, we come to Hans Gruber. One of the greatest movie villains of all time and the introduction of Alan Rickman to the entire world. It’s hard to believe that “Die Hard” was in fact his first feature film. Not just because the film ended up becoming on the best action Christmas (shut up, this is not the time and place) movies of all time, but because Rickman is just so damn good at it. Sure, he was a stage actor long before he ever showed up in front of the camera, but to iconize a villain for all of a time on your very first try EVER? That’s more than impressive, it’s outright dazzling. It is a testament to how amazing Alan Rickman was, and how strongly he cemented his legacy from the very beginning.

There’s a lot to remember about Alan Rickman, and these iconic roles are a small snapshot of just how much he left us to honor him and remember him by. He has been a staple of the movie going experience for decades, and will continue to be cherished through his iconic roles by filmgoers for decades to come.

What are some of your favorite Alan Rickman performances?

6 DISCLOSURE: This post may contain affiliate links. Meaning when you click the link and make a purchase, we receive a commission, which helps Nerdbot keep the lights on.