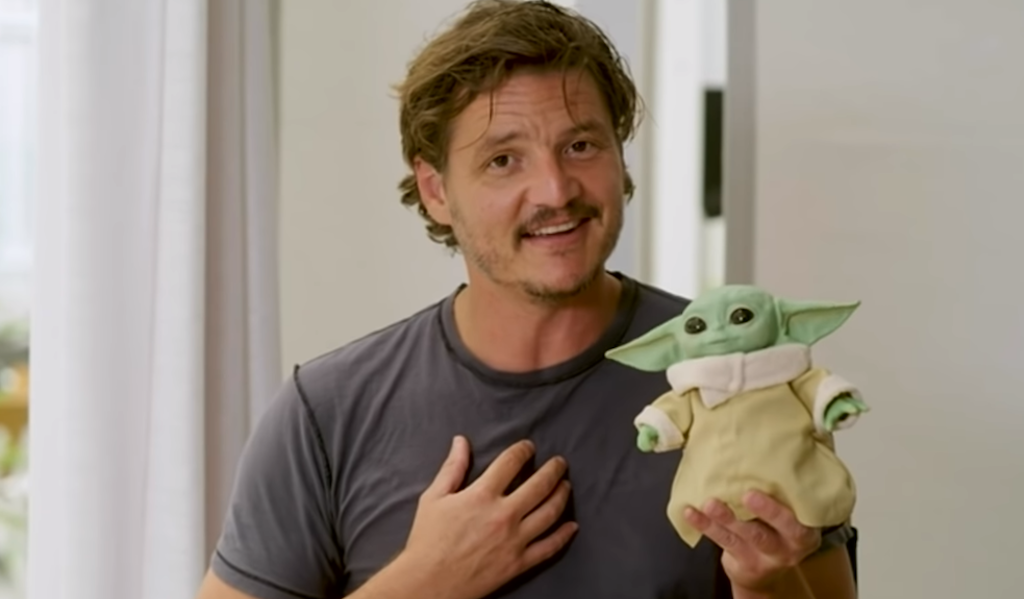 There is a new collection of videos online where you can see Pedro Pascal who plays Din Djarin on “The Mandalorian” gushing over his co-star Grogu. We don’t blame him either, working so closely with something so cute has got to be hard. Only because he can’t actually take him home with him to cuddle with. He talks about the paternal feelings that he has for Grogu in the interviews included in the video.

This baby is beautiful and the details on the child are incredible. We’re talking about this adorable peach fuzz hair on the tip of his ears. You’d be surprised he’s an incredible scene partner.

I think people are going to lose their minds over this toy because of the paternal feeling it is inspiring in me at the moment. …I really want to get back to the warmth of basically me and you.

He says that The Child is one of the best scene partners he’s ever had. What a nice thing to know that his connection to him isn’t just being acted on screen but he actually feels a connection with the little guy. Yes of course we know that he’s not real and that technicians control him. But they do such an amazing job bringing him to life that it’s kind of hard to feel like he’s not real.