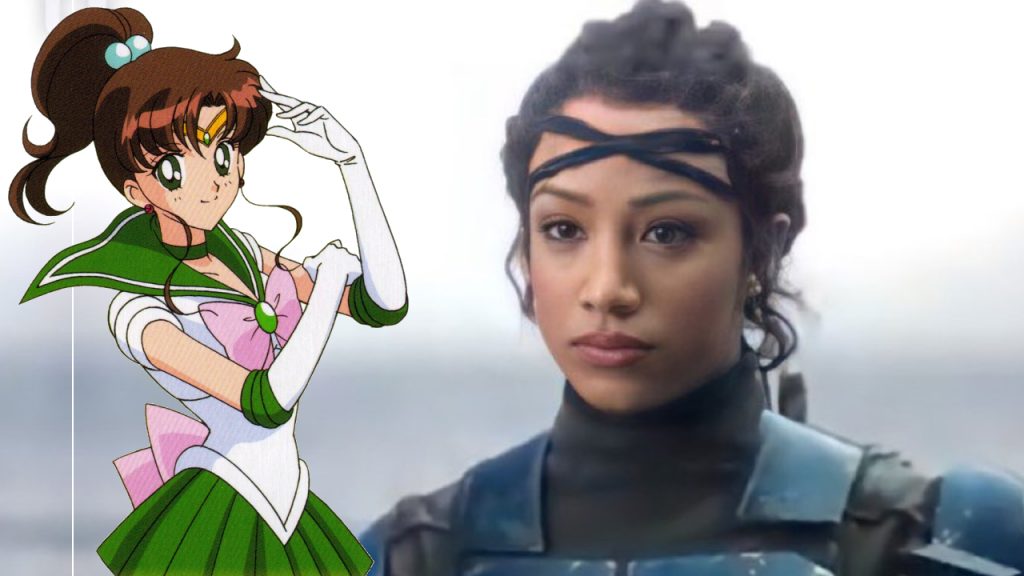 As a Moonie, I have to say that when someone out of a different fandom states their love of “Sailor Moon,” it means the world to me. People like Lizzo and even all the way down the celebrity spectrum to Paris Hilton have declared their love of the golden haired cry baby heroine.

One more can be added to that extensive list: Mercedes Varnado, who we know best from WWE where she wrestles as Sasha Banks, and now as Koska Reeves in the season 2 of Disney+ series “The Mandalorian.”

While speaking with Matthew Aguilar during a recent interview with ComicBook, Varnado expressed that she’s a Moonie! And- who she would want to play in a possible future live-action “Sailor Moon” project.

“I think the next on my bucket list has to be something with Sailor Moon. Then I’m going to be like, ‘Oh, what? Oh my God. Sailor Jupiter. I can play that. That would be so crazy. Let’s put that out there. It has to be awesome though.

But I had to stay up and watch my Sailor Moon because I thought I was just like Serena. I was a meatball head, I was clumsy, I was always late for school, and she really taught me how to believe in myself, my own powers, and the powers of the universe and the moon. So still to this day, she is my favorite and I can’t believe how much she’s played a role in my life.”

Her story resonates with a lot of “Sailor Moon” fans in America. Waking up early and watching the show, some of us had our parents set up the VCR to make sure we wouldn’t miss it. And then relating to Serena (Usagi) because she was the imperfect hero we needed at the time.

While we probably won’t see a live-action version “Sailor Moon” in America anytime soon, it doesn’t hurt to put the word out into the air that you’re interested.

Hopefully, if something ever does come to fruition she will get her chance to play one of the amazing Sailor Scouts/Senshi.