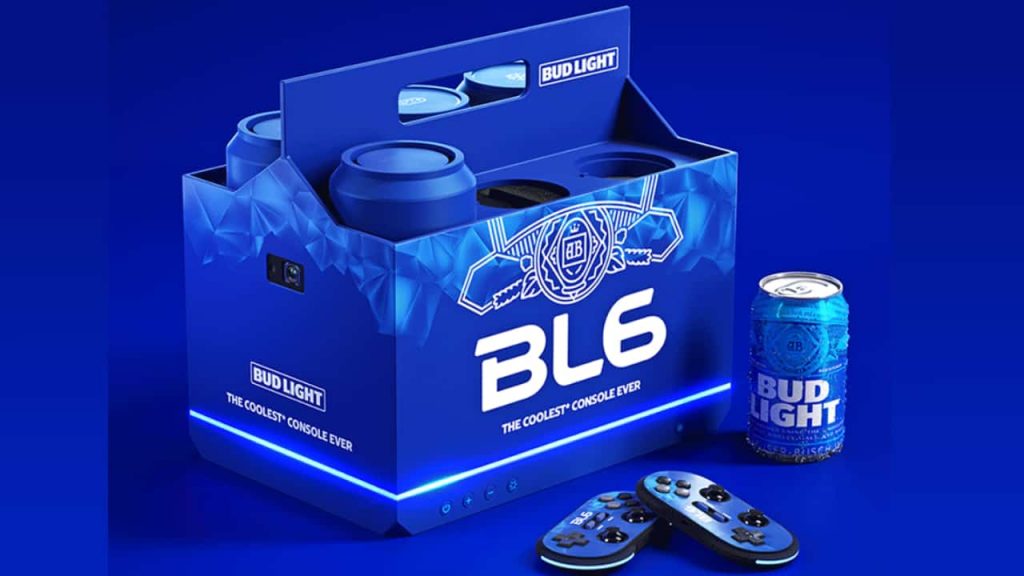 Bud Light Now Has Their Own Gaming Console

This year gaming consoles have been the hard-to-get must have item on everyone’s Christmas lists. But what if you can’t seem to get your hands on one? Well Bud Light has come up with an alternative of their own in creating the BL6. 1/2 Koozie, 1/2 console and 1/2 projector.

They are saying on their site that it is a self cooling six pack projector with games. The koozie allows already cool beers to stay that way. And their bragging about “just enough tech” to keep a beer drinking gamer satisfied.

The projector is for when you go camping or are outdoors on your porch. There is a built in battery pack so you can take it anywhere with you.

Six games have been programmed to play on it. “Tekken 7”, “Soulcaliber IV”, “Flashlight Freezetag”, “RBI20 Baseball”, “Broforce”, and “Six Puck”

Unfortunately they aren’t for sale but one was instead auctioned off. The proceeds went to benefit the National Restaurant Association Educational Foundation. But don’t worry if you wanted to see this in action. TimtheTatman Two on YouTube did and unboxing you can check out down below.