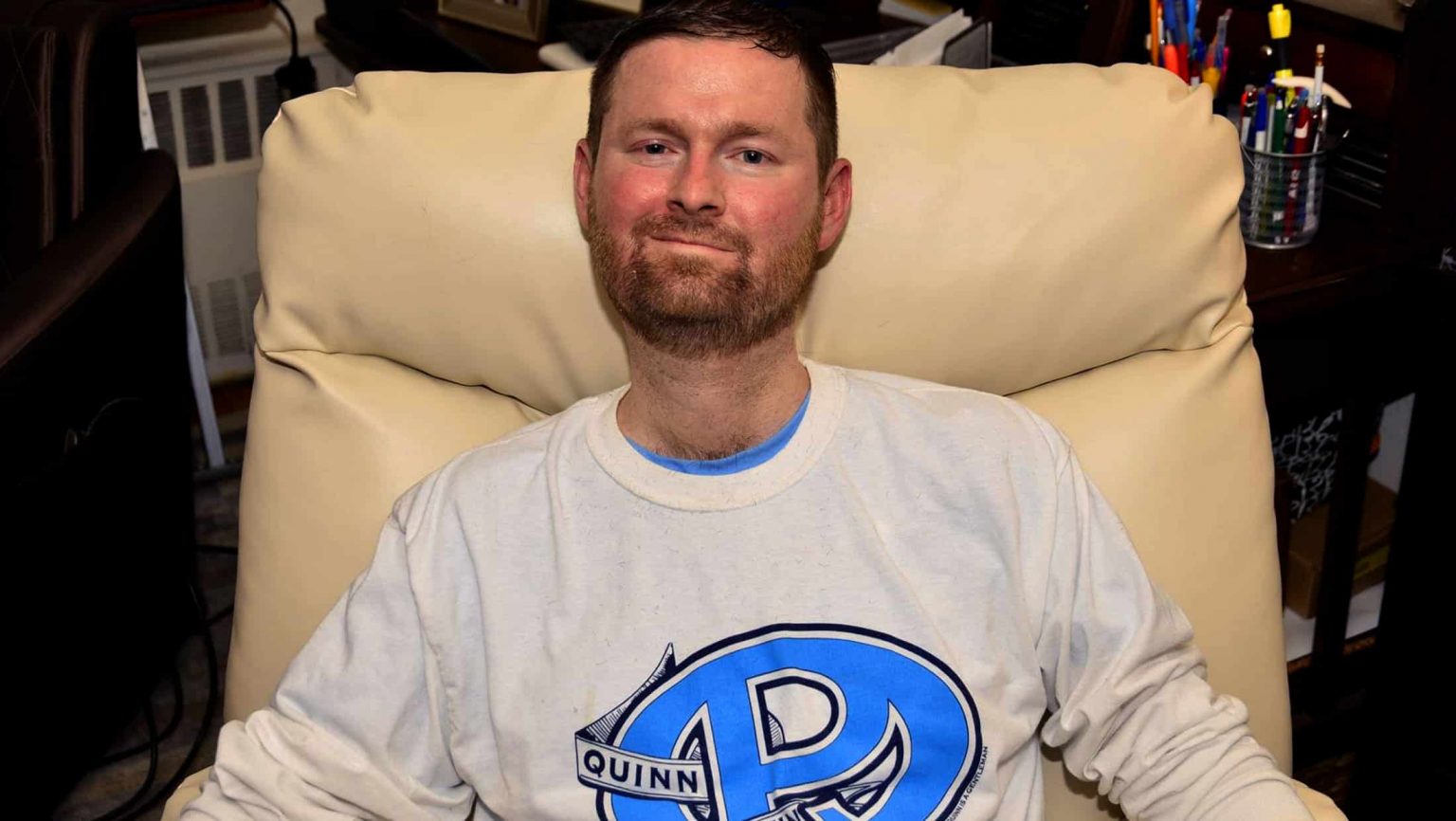 Pat Quinn, Co-Founder of the ALS Ice Bucket Challenge Has Passed Away

Pat Quinn, one of the founders of the Ice Bucket Challenge, passed away Sunday from ALS at the age of 37. He was diagnosed in 2013, just a month after his 30th birthday and decided then that he wanted to make a difference in the ALS community.

The Ice Bucket Challenge was one of the biggest social media campaigns in history and seemingly started the “challenges” we see online today. He raised awareness for ALS as well as raising $115 million for The ALS Association and over $220 million around the world for ALS research.

ALS is amyotrophic lateral sclerosis, it is a progressive neurodegenerative disease that affects nerve cells in the brain and the spinal cord. There is no cure for ALS yet.

Nobody knew the Ice Bucket Challenge would become a worldwide phenomenon, but we united as one because that is what it takes to change a disease like ALS. The Ice Bucket Challenge connected with a sweet left hook to the jaw of ALS and shook the disease up, but by no means is this fight over. We need to knock this disease out.

Once again, we need to challenge the world to rally behind our fight. When the Ice Bucket Challenge happened, I was walking, talking, eating, and even breathing on my own. You can see what ALS does. Don’t look away.

The disease has taken my ability to walk, taken my ability to talk; I now eat through a tube in my stomach; and I wear a mask to a breathing machine that literally keeps me alive. I would be dead without it, because that is what ALS wants. It’s going to attack until one of us loses.

But guess what: I’m not losing. I also don’t plan on just living. I plan on continuing to inspire the world to find their smile. Life is too amazing for me to let this disease get in the way. What makes one truly alive is not just living. It’s the way in which we live.

ALS is horrific, but there are warriors all over the world unwilling to accept it as a death sentence. Today, I’m here to let those patients and their families know we will never stop fighting for them. We will never stop fighting together. I will not leave this Earth until I know the next person diagnosed with ALS has a real plan to live with this disease, not just die from it.

I was diagnosed with ALS back in March 2013. It’s been an absolute battle to still be here today. You may find this hard to believe, but I wouldn’t trade my life for anything. I sit before you today happy, excited for the future, in love, cherishing my family and friends with no end in sight. ALS can knock me down as many times as it wants, but this stubborn Irish SOB will never stop getting up, and I know there are so many people out there thinking the same thing. United we can defeat ALS.

Thank you to everyone who participate in the ALS Ice Bucket Challenge and continues to support our fight.

I am forever grateful to you all. Thank you.

If you would like to learn more about ALS you can do so by clicking the link here.