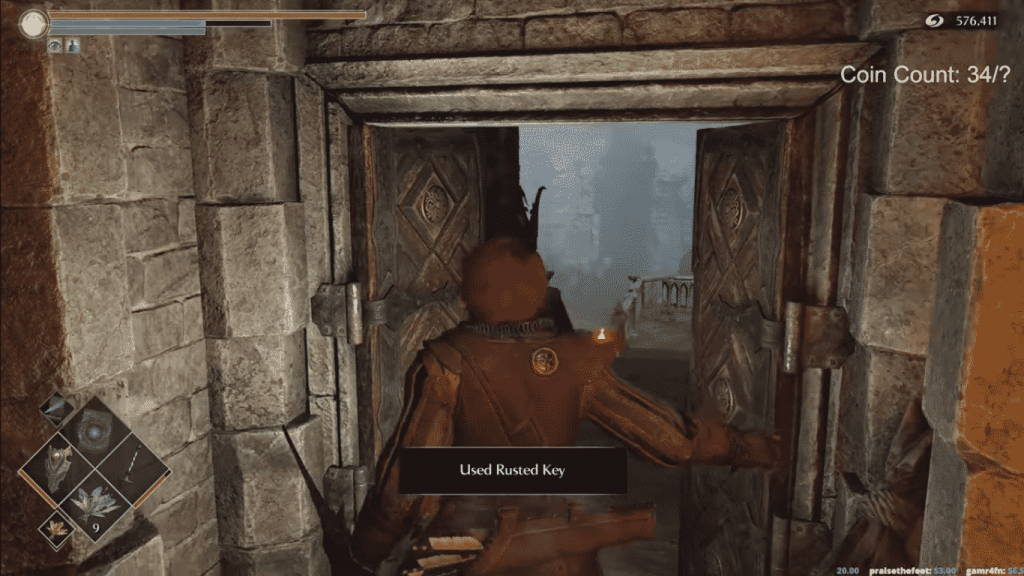 It was only a matter time. After all, everyone wants to be the one to solve a good mystery. Now, the secret door that has been taunting players for almost a week in “Demon’s Souls” has finally been opened.

The secret of the door was finally uncovered by Souls speedrunner Distortion2. As you may know, he was also one of the first players to get close to solving the mystery of the door. A few days ago, he was able to scale the walls around the door using an exploit. However, an invisible barrier prevented him from actually approaching the object inside and uncovering its secret. Yesterday, he finally discovered how to enter the door the right way.

If you want to enter the room, you must collect a certain amount of ceramic coins. These coins are fairly rare, so you’ll have your work cut out for you. Bring the coins to Sparkly the Crow in the Shrine of Storms archstone. In return, the crow will give you a rusty key. You can watch the entire thing here. Currently, it’s unclear exactly how many coins you need to give the crow. However, Distortion2 gave the crow 30. You now have exactly what you need to enter the mysterious room.

So what’s inside this hard-to-access door? It’s a sweet armor set based on the Penetrator boss. Whenever you wear the set you can fondly remember how much work you put in to get it. Not to mention, it gives you some bragging rights over your friends. So get out there and start collecting all of the ceramic coins you can find. There’s a door just waiting for you to open.