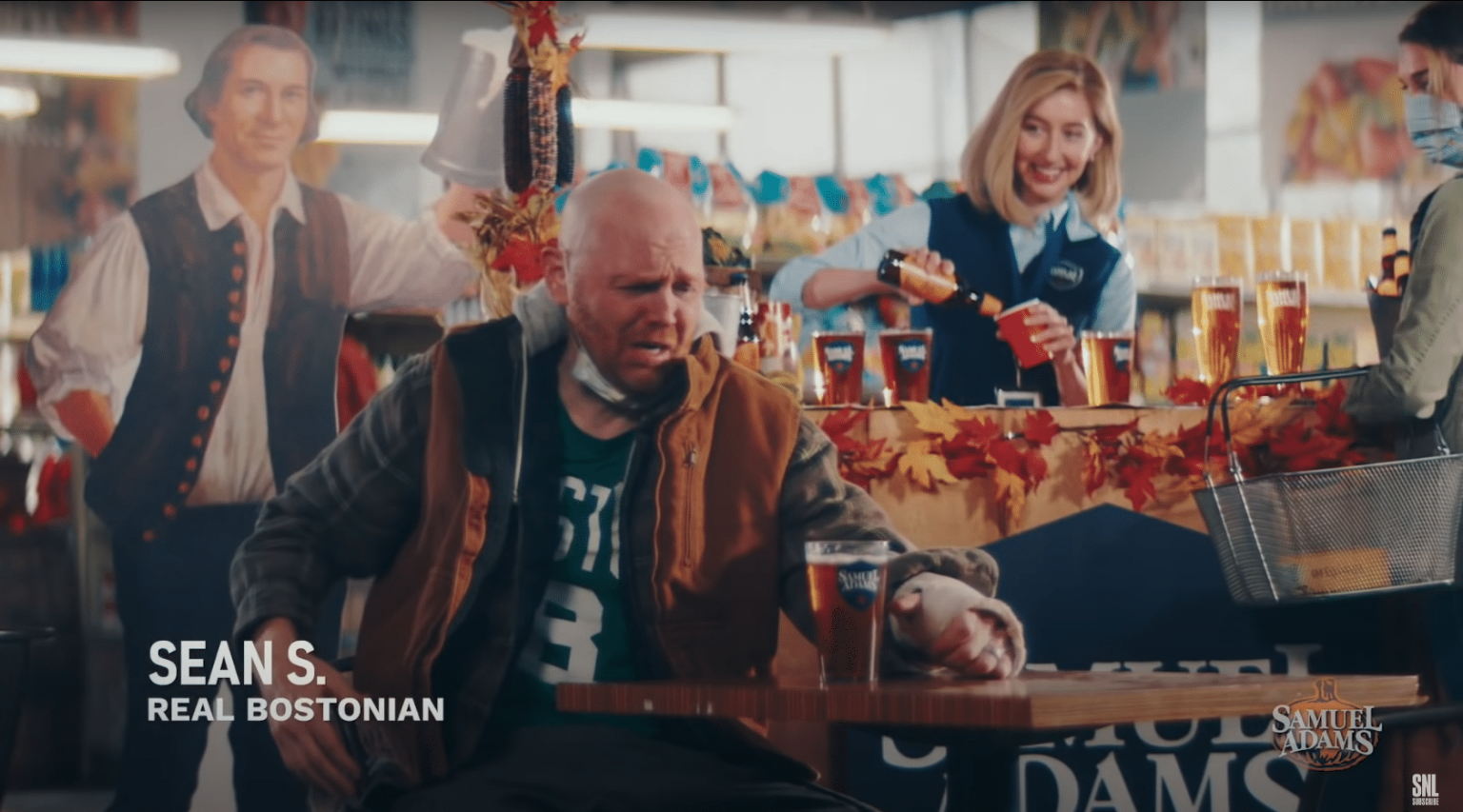 Last night’s “Saturday Night Live” episode was….interesting. Host Bill Burr‘s monologue was not something we’ll forget anytime soon, and we’re not sure how to nicely say we think it was f**king awful. Offensive for the sake of being offensive, even considering Burr’s normal standup style, and just sort of tone def.

That said, the episode did have some truly high points- like Jack White‘s last minute stepping in for musical guest country singer Morgan Wallen, who “SNL” cancelled because Wallen was seen partying without a mask (and other things) in the week prior to the episode’s taping; the cold open with Jim Carrey in his second outing as presidential nominee Vice President Joe Biden, Maya Ruldoph as VP candidate Senator Kamala Harris, and Beck Bennett as Mike Pence paying homage to “The Fly;” Kate McKinnon‘s incredible Wenowdis crackup during Weekend Update; and of course- the Sam Adams Pumpkin Ale commercial.

Ok so maybe it’s also not as good as the Jack Chop [yeah kid], but we really liked it….and maybe it’s a little stereotypical, but this hilarious take on a seasonal basic witch beverage with a “real Bostonian” reaction (Burr) is just perfect in so many ways. Like the blurred out dick on Burr’s cast.