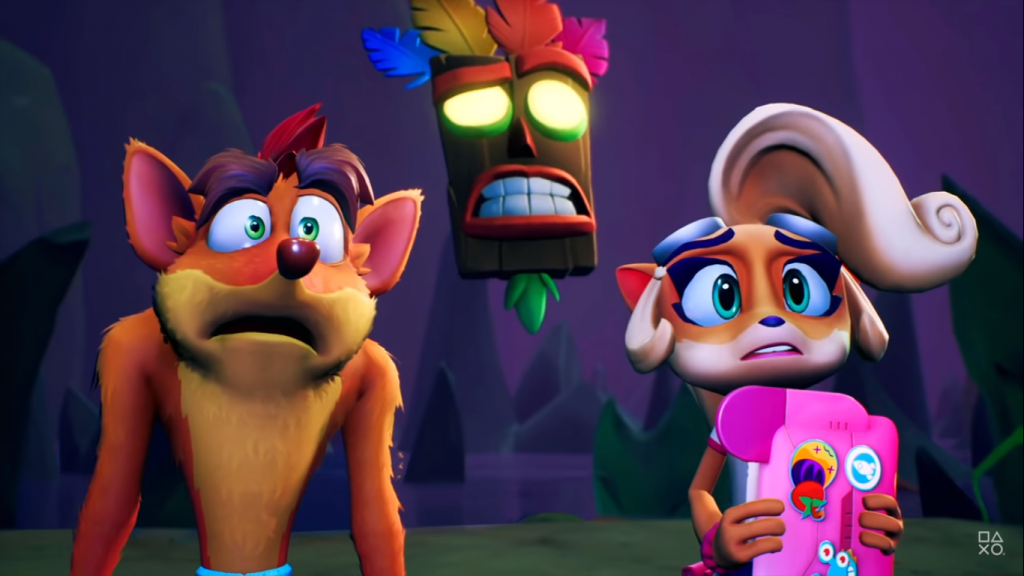 When “Crash Bandicoot 4: It’s About Time” was first revealed, fans everywhere lost their collective minds. It’s been 22 years since the last main franchise entry, “Crash Bandicoot: Warped.” It’s exciting to think about what adventures Crash and Coco will get into next as they stop Neo Cortex once again. What about the time before they escaped Neo Cortex though? Well, thanks to a new feature revealed at Gamescom 2020, we will get to explore those early days of Crash and Coco’s lives.

Toys for Bob producer Lou Studdert briefly appeared on Gamescom’s opening night to discuss Flashback Tapes. Flashback Tapes are new puzzle rooms that will take players all the way back to the 90s in the Crash narrative. This is the time when Crash and Coco were both having their reflexes and skills tested by Neo Cortex. Essentially, these levels will serve as prequels to the original game. However, it won’t be easy to get your hands on these special levels.

You can’t die. Yeah, you heard that right. If you want to get your hands on these puzzle rooms you have to pick up a special object inside of levels. You can only pick up the object if you reach it without dying in the level. This means you will really have to work to access the Flashback Tapes. If that’s not challenging enough, the rooms themselves are especially deadly. In the short clips shown, the rooms seem to be filled with TNT and Nitro boxes just waiting to steal your lives. It’s the ultimate challenge for fans aching to experience Crash’ origin story.

“Crash Bandicoot 4: It’s About Time” launches on October 2nd for PlayStation 4 and Xbox One. It will also be coming to PlayStation 5 and Xbox Series X.