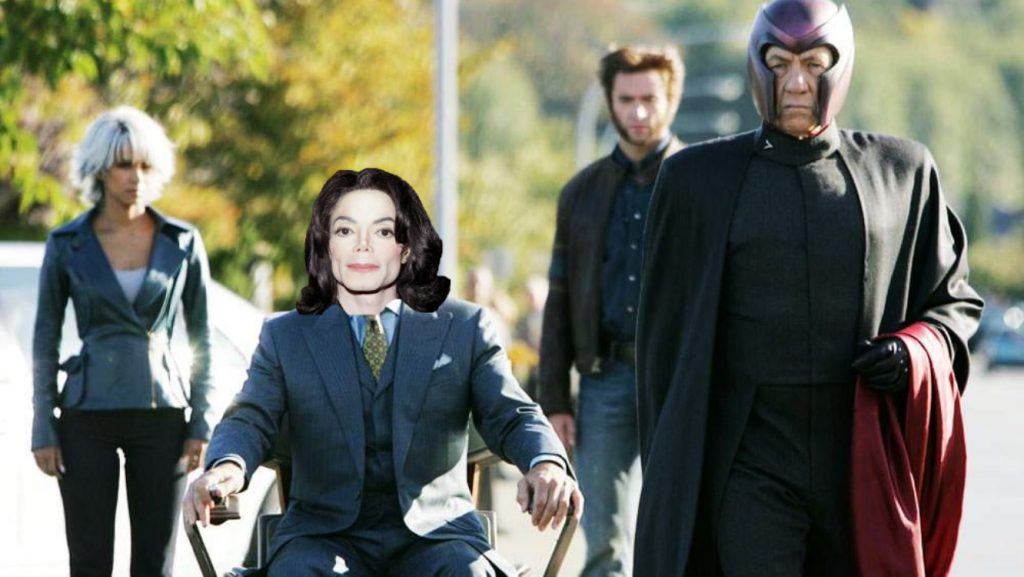 According to industry insiders, when FOX was first working on getting the “X-Men” movie together Michael Jackson lobbied to play Professor Xavier. This tidbit comes from The Hollywood Reporter, and their recent article about Bryan Singer‘s frankly awful and problematic set for the 2000 film.

The story goes that while working on the film’s planning, Jackson walked in, refusing to shake hands with anyone, and with the intention of taking the part of Professor Xavier.

He wen’t on to show a film that he was in called “Ghosts,” in which he played an old white mayor. Of course FOX never really considered him for the part since all of his allegations were abundant at that point. But it would have been a much different movie.

For instance Professor X would have spoken much more softly and less authoritative. I don’t think that Michael could have pulled him off to be as commanding as Patrick Stewart so perfectly executed.

And according to People, he wasn’t the only famous person who wanted in on the film. People like Janet Jackson, Mariah Carey and even Shaquille O’Neil wanted parts in the movie. Janet and Mariah of course wanted the role of Storm which eventually went to Halle Berry.