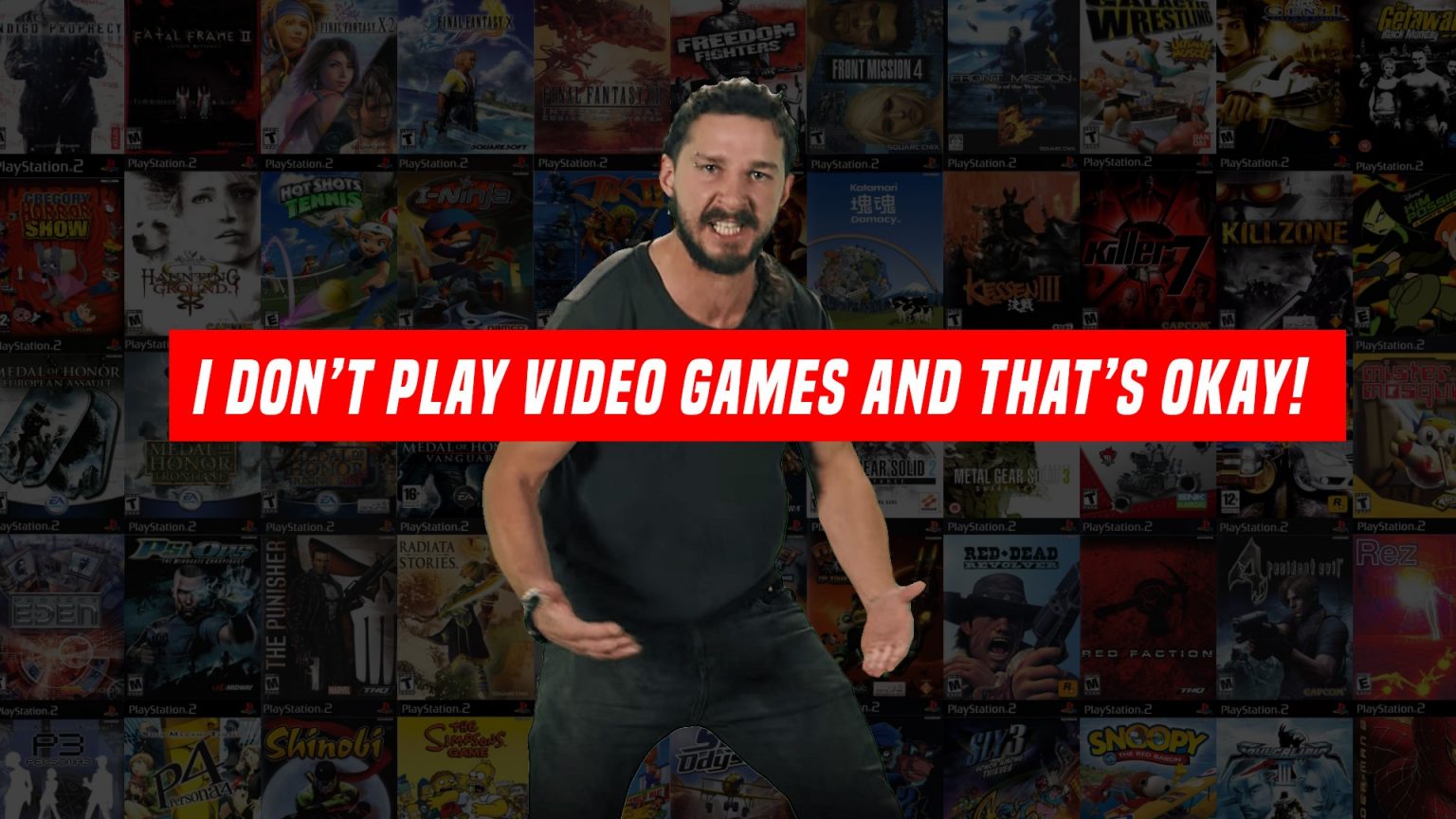 Working deep in the Nerd and Geek event industry, I get asked the same question all the time…”What games are you playing” or “have you played______ yet.” And every time I need to take a deep breath and get ready to defend myself.

Before you continue, just know I’m not an old man with a big white beard, rocking back and forth in a rocking chair with a shotgun yelling “These darn kids and their fancy game tv boxes.”

Gaming has become such a massive part of the entertainment industry in the last 20 years that not being a part of it is intimidating.  And not just the games. There are the PC vs Console wars, the Console vs Console wars and the Gaming Studio vs Gaming Studio wars. Not having an opinion on all of it is like walking in a crowded room with toilet paper on my pants. It rough

I can’t think of a single person on my friends list in that age group, man or woman, that doesn’t play video games. Ranging from first person shooters (FPS), fighting games, role playing games (RPG), and open world community games e.g. Animal Crossing and Pokémon Sword and Pokémon Shield. There really is something for everyone. My wife is even a Twitch streamer and loves playing video games!

So…what the hell is wrong with me? Was I beat up by a video game when I was younger? Did a gamer break my heart? Did playing the original Metal Gear on NES traumatize me?

None of the above, though I never did finish Metal Gear on NES.

Truth is…I got kind of busy! I picked up my college degree and I started working right away. Aside from that I jumped into music and photography. Maybe a few hobbies in between. I think I started collecting old calculator watches at some point, but I’ll leave that weirdness for another article.

At the time the commitment seemed a little daunting mixed in with everything else I had going on. Now older, much hasn’t changed with my hobbies and habits. I do sometimes get the urge to just jump on my Wife’s Xbox One and try to play Jedi Fallen Order or see if I like Overwatch. But watching her play, choosing her weapons, seeing all the game options and buttons is like watching someone diffuse a nuclear warhead.

On my social media feeds I sometimes stumble on gamers streaming the latest Call Of Duty or another FPS game and I just mumble “Jesus Christ.” So fast and so competitive. How can I ever even try to be close to that good?

Now I’m seeing Virtual Reality sets like Oculus Rift hit the mainstream media and I go “WOW.” I look at new game trailers and game highlights like a time traveler from the 16oo’s, going to the future and seeing a television screen for the first time. We’re not in 16 bit Kansas anymore!

In this competitive, fast paced, hyper realistic gaming culture we’re living in, I’m not quite ready to commit to that learning curve.

I have respect for all those incredible gamers and game developers that are pushing the gaming industry to new levels. I hope that when I’m old and retired I’ll try to jump in and become that cool gamer grandpa that’s kicking everyone’s ass in Call Of Duty 40. Until then, I’ll just keep smiling watching my wife play while she blames the game lag for every mistake she makes.

I’m okay not being a gamer. It also makes me happy if you are. Anyone that loves anything that much is living their best life.

Hey, maybe I’ll hook up my old N64 and brush up on Golden Eye. That might be the start I need.

So, don’t be afraid to NOT play.