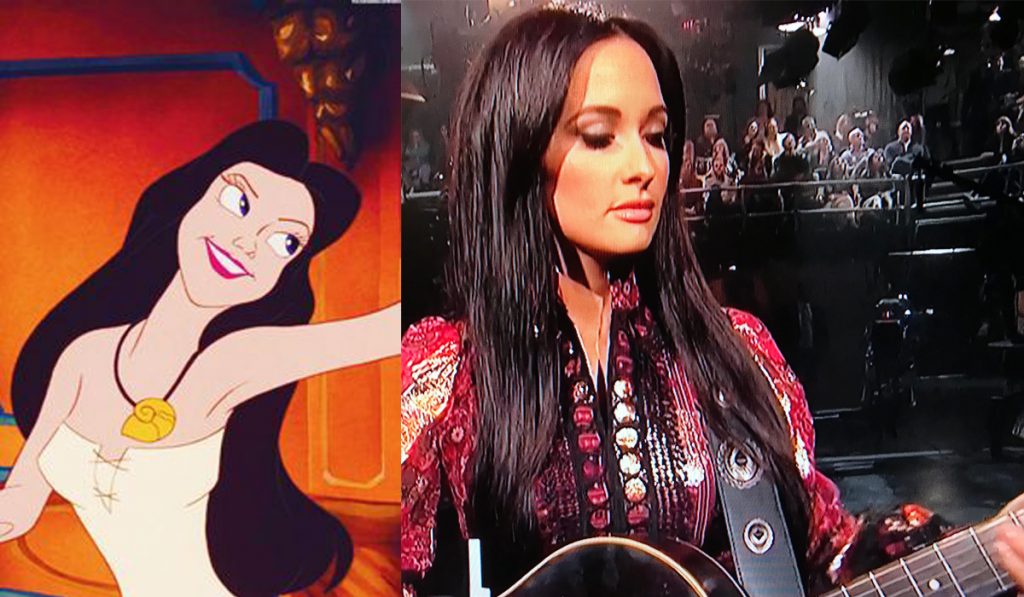 [Rumor] Kacey Musgraves to Play Vanessa in “The Little Mermaid”

A new casting rumor has Kacey Musgraves in talks with Disney via Zoom to take on a role in the upcoming live action version of “The Little Mermaid.”

General consensus is that she will be playing the role of Vanessa who is the human version of Ursula the sea witch. She plays a pivotal part in the movie convincing Prince Eric that it was her who rescued him the whole time. Tricking him into that big wedding scene at the end.

DisInsider says that they have reached out to reps for Musgraves but they haven’t responded yet. Which could mean that it’s information that’s not meant to come out yet, or she could have passed on the role.

Halle Bailey is set in the role of Ariel, Johah-Hauer King is Prince Eric, Melissa McCarthy is the sea witch Ursula, Javier Bardem as King Triton, Jacob Tremblay as Flounder, Daveed Diggs as Sebastian, and Awkwafina as Scuttle.

Kacey Musgraves has recently worked for Disney when she released a song on the “Frozen 2” soundtrack called “All is Found.” She would be a good fit to play Vanessa if chosen and could possibly even get her own song, besides the one she sings in the mirror on the boat.