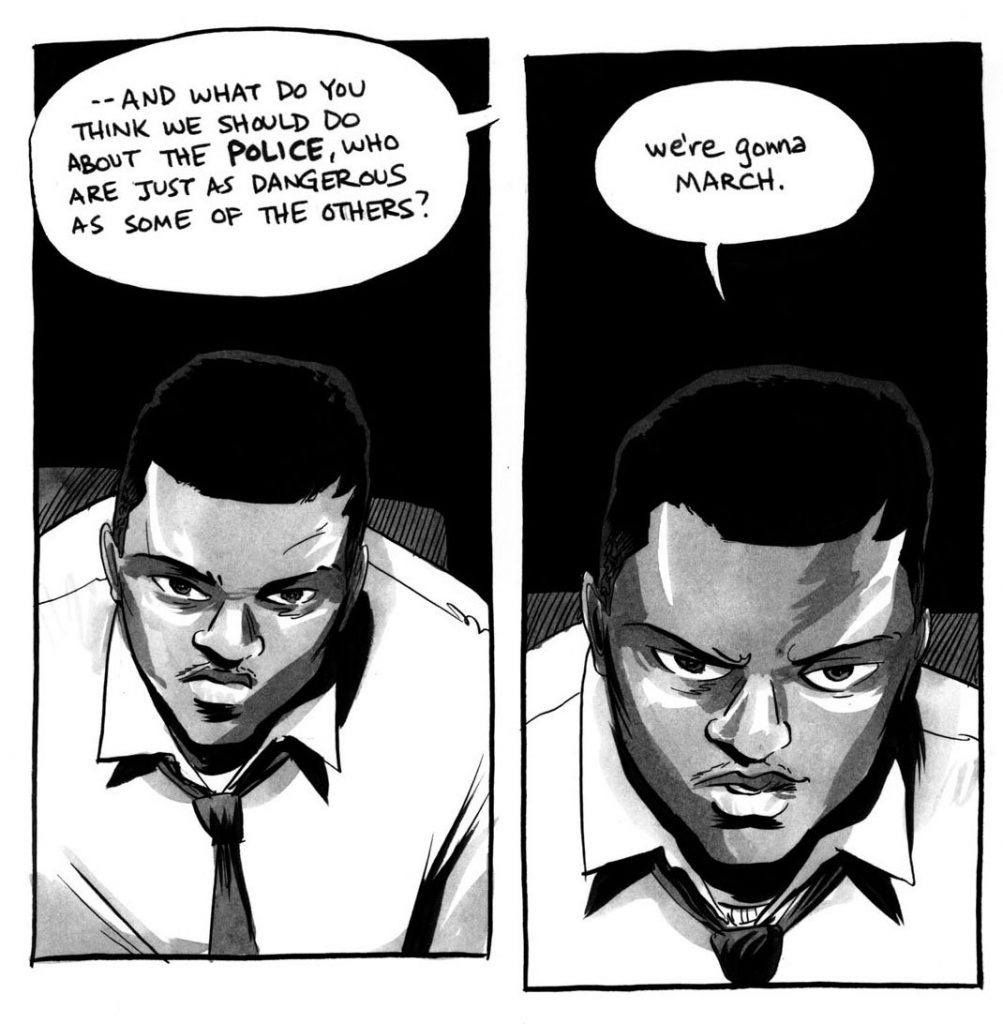 The United States lost a true hero this last week, with the passing of Civil Rights icon, Congressman John Lewis. Serving the 5th Congressional District of Georgia since 1987, Lewis was in the middle of his 17th term in the House of Representatives when he succumbed to stage 4 pancreatic cancer, passing away on Jul7 17th, 2020 at the age of 80.

Lewis was the youngest speaker to take the stage during the 1963 March on Washington, during which Dr. Martin Luther King Jr. gave his iconic “I Have A Dream” speech. Arrested more than 40 times while protesting segregation throughout the Civil Rights Movement, Lewis never lost his passion for equality, or desire to put an end to systemic racism in all it’s forms.

Maybe you didn’t know, but in 2013, Lewis also became a published author of comic books, thanks to Top Shelf Productions picking up book one of “March.” Written by Lewis and Andrew Aydin, and illustrated and lettered by Nate Powell, “March” is a beautiful 3-book series which tells the story of the Civil Rights Movement from Lewis’s perspective.

It even brought the Congressman to Dragon Con in 2015. This interview with Dragon Con TV is fabulous.

He even cosplayed as himself from the 1963 March during a San Diego Comic Con 2016 visit, complete with coat and backpack, leading groups throughout the Convention Center Halls in San Diego.

We highly suggest picking up “March,” available on Amazon and anywhere comics are sold.

Thank you for your service, Congressman Lewis, we’ll never forget you. Former President Barack Obama‘s beautiful statement really says it all, which you can read on Medium here.