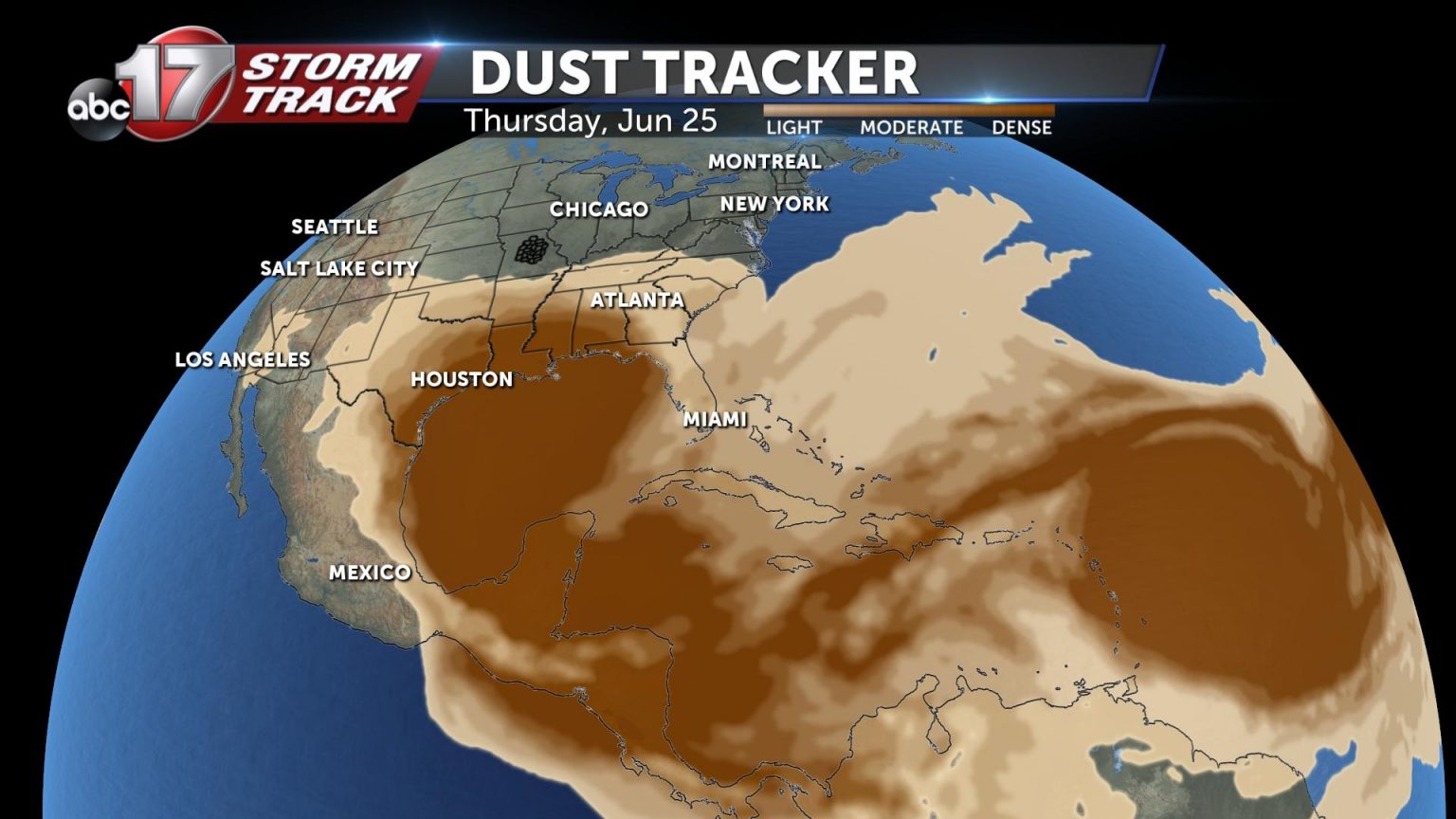 Clip from Youtube of the Broadcast by abc17
Nerd Culture

With all of the crazy headlines like “Murder Hornets” and “COVID-19” this one seems like it would be a very negative thing as well. But fortunately according to the meteorologist from abc17 who reported this massive dust cloud, it could be a good thing. We should expect to see some dust in our future from the massive Saharan dust cloud starting next week depending on where you live. It’s going to drift its way across the Atlantic Ocean up on over to Florida, some of the middle states and Texas.

The dust cloud is going to cross near 5,000 miles and is expected to arrive first at the Gulf Coast and up into the United States. But they say that the effects of the actual dust will be minimal.

The good thing about this is that it will naturally create a barrier over the ocean where tropical storms tend to form. And by blocking the heat of the sun it could prevent some hurricanes this year. Tropical Storm season starts in summer and hits its peak in September. The dust could affect us until into July which could postpone the hurricane seasons start. Or at least lessen it a bit for those months.

Another positive thin that its said to have… it’s going to make sunsets much prettier because of the light refraction on all of the tiny particles of dust.