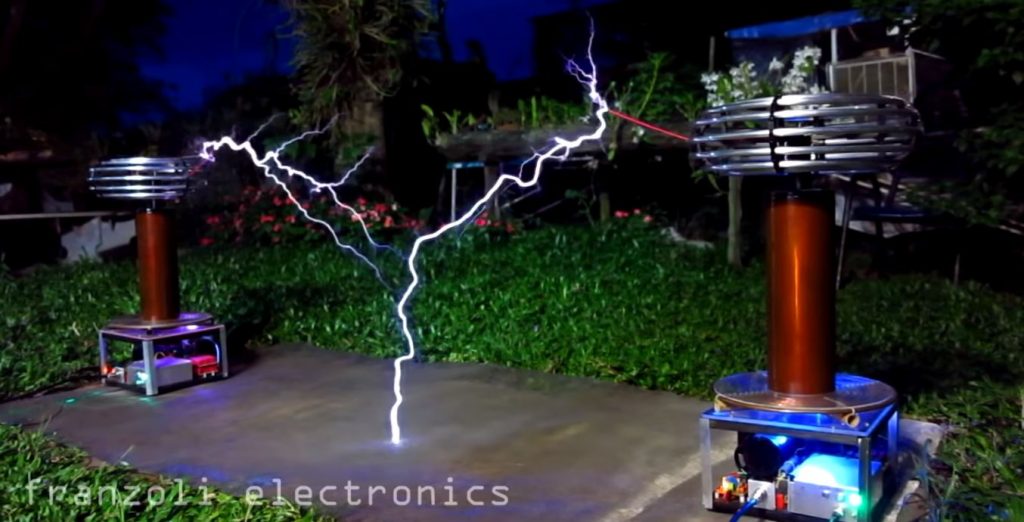 “Bohemian Rhapsody” by Queen is one of the most iconic songs out there. Whether or not you were introduced to it because you were already into Queen, or you first heard it sung by Garth and Wayne from “Wayne’s World” one fact remains:

No matter where you came upon it it is an epic ballad that will stand the test of time.

Now you can listen to it as sung by not Freddie Mercury, but by Tesla Coils. And it sounds just as cool as you’d think.

Franzoli Electronics is known for making amazing music with their backyard Tesla Coils.

Just worked hard on this song. I composed each coil channel listening to the studio and Live at Rock Montreal, 1981 version.

Mercury meets tesla, mustache power? For those who did not understand what is going on this video, here’s a brief explanation: The main loud music really comes from the tesla coil sparks. They are literally playing the music due to the programmed phase, pulse width and firing frequency! So, there are no speakers, no audio / video special effects. It looks even better in person and sounds almost the same, just without the beat / percussion backing track.

It’s an amazing feat for sure and must have taken Franzoli Electronic a long time to program. While this video was put out in 2018 they have other songs that we can listen to as well. Including Toto’s Africa!

This is definitely a channel that I’m going to keep my eye on. If you liked these videos you can subscribe by following the link here!