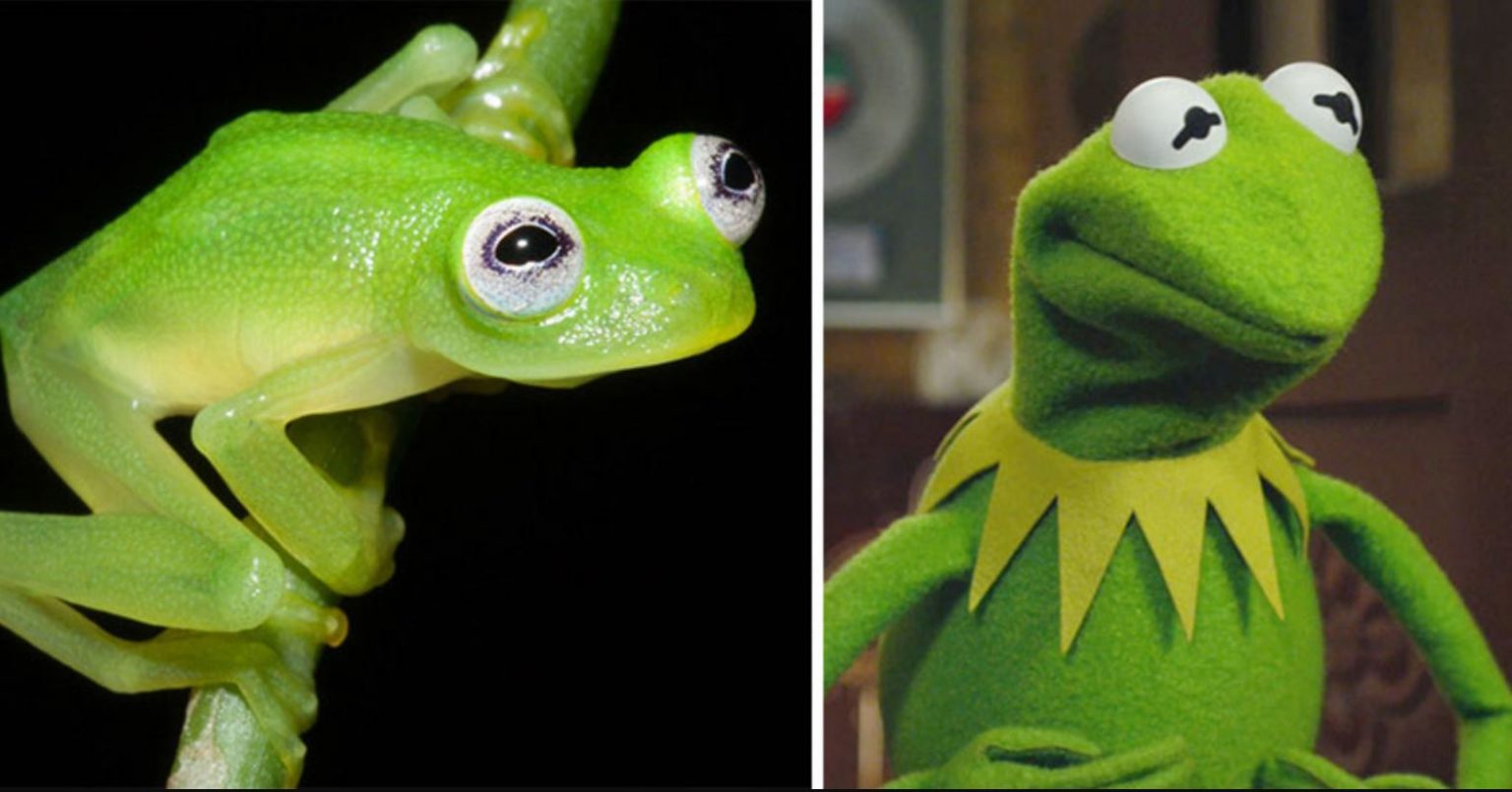 It’s not easy being green. And it’s not easy being a frog. Today we learned that deep in the jungles of Costa Rica scientists have discovered a frog that looks very similar to one of our favorite childhood friends. Kermit the Frog!

Scientists have been working in the Talamanca Mountains for over a century, but it was back in 2020 that they discovered a small, semi translucent frog that looks like he could be brothers with Jim Henson‘s Kermit. The frog is a new Hyalinobatrachium dianae which was just discovered this past February. Published in the taxonomy journal Zootaxia they detailed how adorable the new frog is. Ok, adorable if you like amphibians which I hope you do.

Brian Kubicki, Stanley Salazar and Robert Puschendorf found the new species between 400m and 800m up the mountain. It is the first glass frog that has been discovered in Costa Rica in the last 40 years.

They named the frog H dianae after one of the discoverer’s mothers, Janet Diana Kubicki. It also honors the Roman hunting goddess known as Diana.

This frog is different from other species of glass frogs for many reasons. It has long thin feet, “Kermit the Frog” eyes, as well as a number of morphological and genetic differences. It is nocturnal and uses a unique call to attract females that is different than other species. The call is described as a “long metallic whistle with rapid pulses” and sounds more like the all of an insect than that of other frogs.

In other news this year they’ve also discovered a new species of snake that is named after Salazar Slytherin. And we’re sure that as the months go on they will discover even more new species.

It really makes you wonder if somehow this frog species saw The Muppets and decided they wanted to look like Kermit. Probably not, but it would still be pretty funny if an explorer dropped an old portable TV that ran on antennae and a little frog decided that Kermit was who he wanted to be when he grew up.