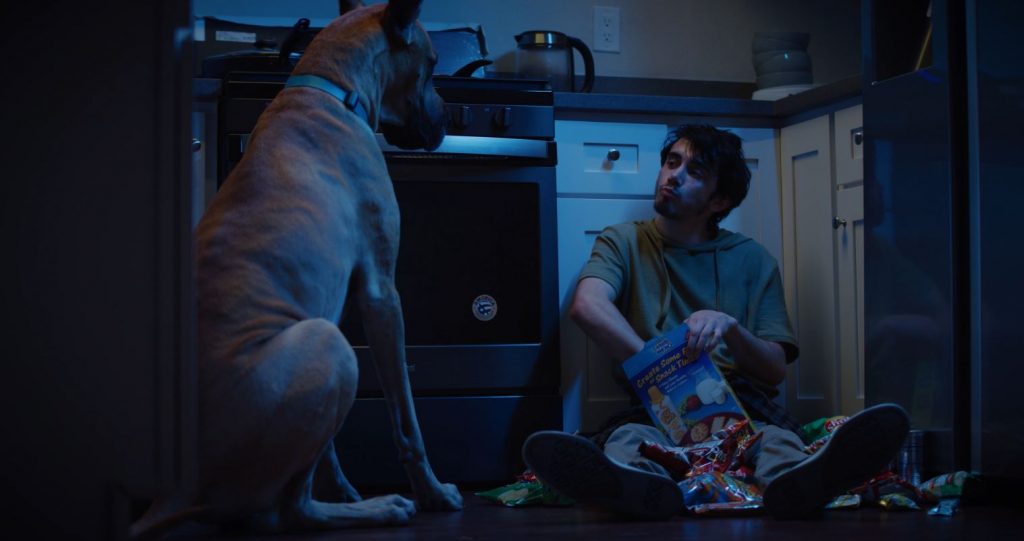 To celebrate getting one million views on the first trailer for the show, Mystery Incorporated has released a second trailer! In it you get to see more of Coolsville and even more monsters. If you notice we get a glimpse at Miner 49er, Phantom Racer and a few very scary vampires. Everything you would want to see from a Scooby-Doo mystery series.

The other big news from the show is they have fully funded their kickstarter! They have a 12 episode season planned and each episode will have an hour runtime. It will be just as long as a Netflix series! We can plan on seeing this just as soon as they are able to start production. Once coronavirus has eased up and it is safe to do so of course.

I was able to catch up with Dade Elza(Fred) and Jessica Chancellor(Daphne) and ask them a few questions.

Q: Are you playing your favorite characters? Do you relate to them the most or do you think you are more like others in the group?

Dade: As a kid I always vibed with Fred and thought he was awesome! I mean he’s the leader of the gang! And even further he’s this lovable guy who’s ultimately kinda clueless in some areas but always super loyal and willing to throw himself into danger for his friends. I don’t know about the rest of it but I’ve definitely got the clueless and danger parts down.

Jessica: Daphne was always my favorite growing up! I thought she was so pretty and feminine, and as a big fairy tale fan I had a thing for the damsel in distress. So stepping into those shoes is amazing! But ultimately I think my personality off-screen relates more with Velma and Shaggy because I’m super nerdy and always anxious. But I think the version of Daphne we have planned for you guys relates so much more to me than the cartoon version.

Q: How has COVID-19 impacted the series. What is your plan for filming the series?

Dade: COVID-19 has been a very unsuspected curveball. We began this journey before the quarantine hit and had so much more promotional content planned that the virus unfortunately put a stop to. However we are ready to get the ball rolling on the pilot as soon as the industry decides it is safe to do so!

Q: What other monsters do you have in store for us? Anyone we would recognize from the original cartoon?

Dade: We would love to introduce whatever characters and Easter eggs that we can without compromising the direction of the show. We’re such big fans ourselves of all the different versions of the show, the animated films, the live action films and we think that even in the amount of Easter eggs from the trailers and in the pilot episode you’ll be able to see that! And we can’t wait to keep bringing in more.

Q: What would you do if Netflix or another company wanted to pick this series up? It’s definitely stream worthy!

Dade: I mean that’s the dream right? Our primary goal would be CW to help try and fill the void that will be left when “Supernatural” ends this season. But Netflix or any streaming service would also be amazing! Our main priority is just getting this content out to the fans in whatever ways are available to us and if a network or streaming platform want to partner with us, we’re totally game!

Q: Were you surprised at the reaction from fans? How did it feel to get fully funded so quickly?

Dade: We’ve been so overwhelmed with the outpouring of love and support from all the fans! When we started this project we set out to make something that we were super proud of and that the entire Scooby-Doo! fan base would enjoy and to see that coming to light before our eyes has been a dream come true! We can’t thank everyone enough for the support!

This series is going to change how we view Scooby-Doo. With darkness taken from shows like Supernatural and Riverdale mixed in with our favorite characters from Scooby-Doo they can’t go wrong. Scooby-Doo is usually portrayed as silly and not serious at all. But with this show we can get really into the mystery and monsters just like we should be. Now the problem is how do you consume what is sure to be an edge of your seat ride from start to finish. Choose your poison and watch each episode at a time or binge them all at the end because this will be fully worth your time.