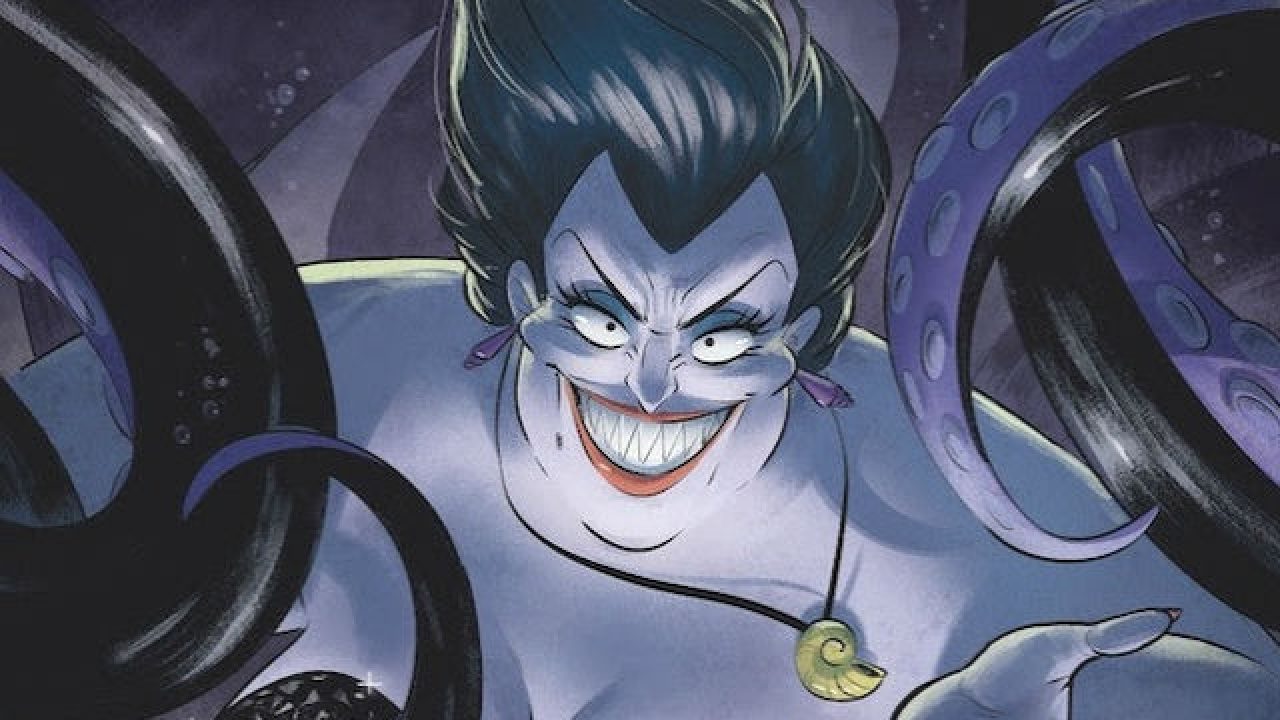 Many of us know who the Disney Villains are, especially the one with tentacles and a thirst for stealing voices. The evil sea witch has made our skin crawl in The Little Mermaid but did you know that Ursula get getting her own comic series?? Dark Horse has teamed up with Disney once again for Disney Villains: Ursula and the Seven Seas. They have already released a miniseries for Snow White and Avatar so it’s been a long time coming for us to receive Villains.

Without saying too much Disney Villains: Ursula and the Seven Seas will be a miniseries dating on events prior to Disney The Little Mermaid following Ursula and her seven sisters before.

“LONG BEFORE THE EVENTS OF DISNEY THE LITTLE MERMAID, URSULA WAS ONE OF SEVEN SEA WITCHES, WHO EACH RULED ONE OF THE SEVEN SEAS WITH IMPUNITY. BUT WHEN ONE OF URSULA’S SEA SISTERS IS FOUND SUBDUED, URSULA MUST FIND THE CULPRIT . . . AMONG THE MERFOLK, THERE IS ONE WHO DARES DEFY THE REIGN OF THE SEA WITCHES.”

The publication date for Disney Villains: Ursula and the Seven Seas #1 is June 24th, 2020 for a small cost of $3.99 USD. What are some of your theories about Ursula and her sisters? Are you looking forward to this release? Let us know!

Castlevania Will Be Returning for a 4th Season on Netflix

Cardi B Wants to Start a GoFundMe for Joe Exotic