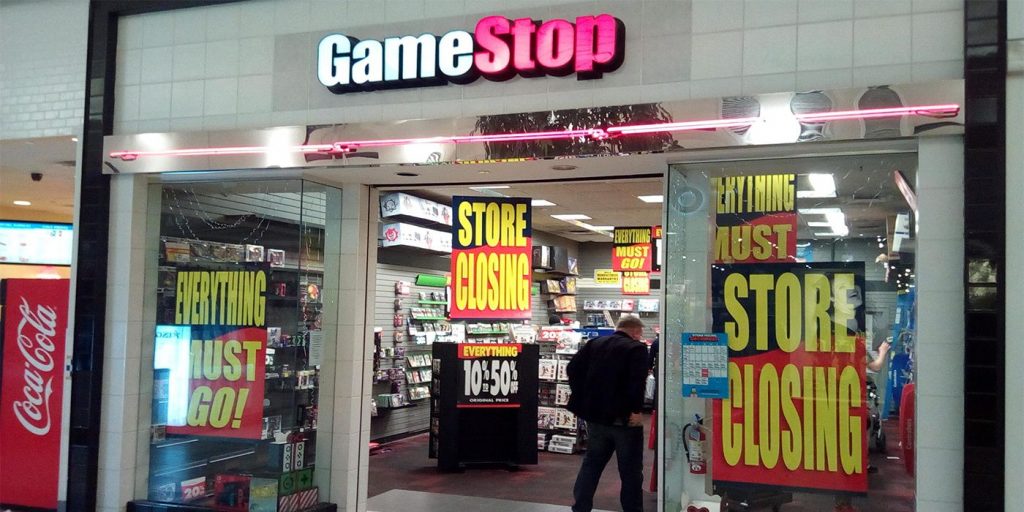 GameStop is once again hitting the news. The store has long been thought to be going the way of Blockbuster yet we have seen every attempt to keep on floating. Even trying to place themselves as an “Essential Business” during a global crisis.

GameStop has recently announced that it will be closing over 300 stores this year as part of its ongoing effort to “de-densify.” Although to the rest of us it just looks like they are tanking. The news comes way of GameStop‘s newest earnings call. According to GameStop, it closed 321 stores last fiscal year, bringing its store count to 5,500 locations. That said, according to the company’s CEO, George Sherman, there are plans to meet or possibly exceed this number during this fiscal year, which means there will soon be many GameStop employees out of a job.

As of right now, we are uncertain which stores will be closing exactly or when.

The retailer revealed that despite coronavirus disrupting commerce across the world and forcing all GameStop stores in the United States to close despite their desperate attempts to stay open, there was actually a 2% increase in store sales in March when compared to March 2019. This is likely due to the fact that both DOOM Eternal and Animal Crossing: New Horizons dropped this month.

Overall GameStop ended the fiscal year on a somewhat decent note, however the year as a whole was a rough one for the retailer. For the final fiscal quarter, GameStop posted a net income of $21 million. However, for the full fiscal year, revenue was down 22% to $6.47 billion, which translated to a net loss of $470.9 million. Leading to this was a considerable decline in both software and hardware sales. Softening the blow was a rise of 4% in collectibles.

“As we begin fiscal 2020, we remain focused on our key priorities, yet recognize that we continue to face the temporary headwind of lower current generation console hardware and software sales as consumers delay purchases in anticipation of new platform launches expected later in the year,” said the aforementioned Sherman.

In light of the Coronavirus, it is hard to make predictions and therefore offer financial guidence to their investors. GameStop expects a challenging first three quarters, but hopes this will be made up for in the final quarter, courtesy of the PS5 and Xbox Series X.

Will this be enough to save GameStop?
What are your thoughts? Be sure to leave us a comment.