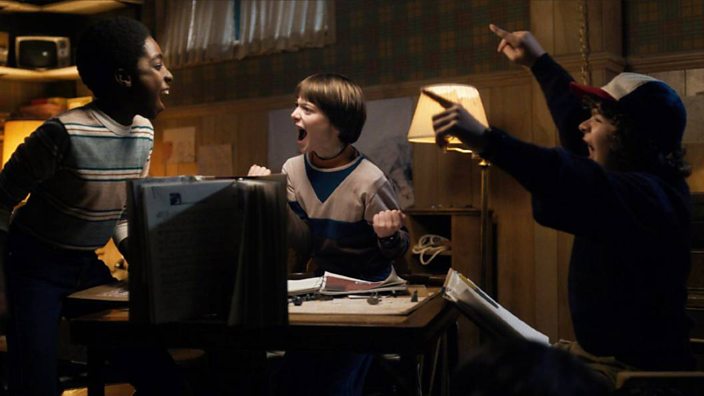 Therapist Uses Dungeons and Dragons to Get Kids to Open Up

Kids often have a hard time opening up. Especially in situations around adult or in situations where they may feel uncomfortable. Situations like therapy where they are often paired in a new situation with a new adult. Adam Davis, co-founder of the Dungeons & Dragons therapy group Wheelhouse Workshop, believes that children are often being met with the wrong questions initially. Being asked simply, “Why aren’t you doing your homework?” may have a student immediately defensive. For Davis, he feels it is more productive to start by engaging the imagination. With fantasy.

He, along with co-founder Adam Johns, designs D&D games that have less in the dungeon crawl department and run closer to therapuetic means.

And while this may seem like a new idea, it is not. Therapists have been using role play scenarios in their sessions for a long time. As for using roleplaying games as inspiration, that is also not new as half a dozen groups beside Wheelhouse Workshop use this method. However, it is one that seems to be sparking change and progress so it is about time that it got more coverage and attention as a means of engaging with children in therapy.

D&D is a cooperative and escapist activity, it urges players to reimagine the ways they interact with peers. Giving them options and time to really think through their actions. Because players are able to customize thier own special abilities, they are able to feel valuable in a group setting as well. Which is oftentimes critical in making progress and easing a person into any situation.

At worst, this method provides an escape and some fun in a child’s life where there might have otherwise been a completely bad day. It may be a game but the goal is to get kids engaged and opening up in their therapy sessions. Instead of being provided with what may be an intimidating situation, instead there is an encouraged use of imagination. In a situation that is still guided and allows for consequences to action even in a fantasy setting. Being immersed in this way helps to reveal a lot of what a person may be thinking.

What is it that you are thinking when it comes to applying D&D to therapy?