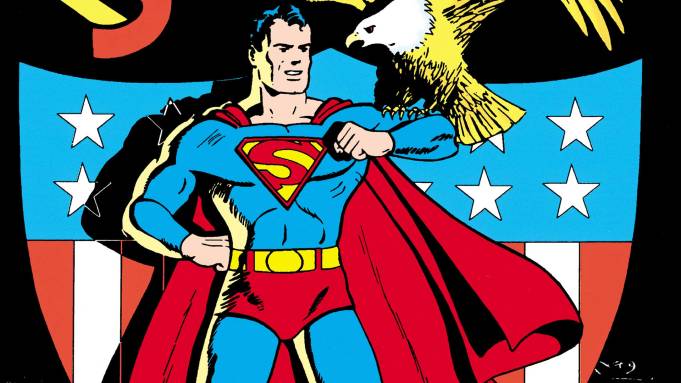 The True Story of ‘Superman Vs. The Ku Klux Klan’ Podcast is Coming

Superman has a history with people stemming from his creation. In Action Comics #1, June 1938 he came on the scene as a role model for others who wanted to do good. And now there will be a podcast telling us the true history of how Superman was used to combat the KKK. In an exclusive from Deadline they tell us that: Dillon D Jordan’s PaperChase Films and Fandom are collaborating to produce serial podcast Superman Vs. The Ku Klux Klan, recalling the true story of how everyday citizens infiltrated and exposed the KKK in the 1940s.

“The team will produce an initial 10 episodes, launching this spring. The project is based on the true events recounted in Rick Bowers’s 2012 novel of the same name, which chronicles the story of Stetson Kennedy, a man who went undercover to infiltrate the Klan in 1946. Unsure what to do with his findings, he partnered with the producers of the Superman Radio Show to make a series of episodes, titled ‘Clan of the Fiery Cross’, which exposed many of the group’s secrets to a wider audience.”

This will be a good opportunity for those of us that don’t know the story of Superman vs. The Ku Klux Klan to tune in and listen. The podcast will be true to the original show that broke their secrets and keep it with a 1940’s broadcast style. Giving you a chance to really immerse yourself in the story of what exactly happened.

The show will be hosted and executive produced by Roth Cornet, head of development for Fandom, along with Max Dionne, supervising producer and Michael Chiang, senior vice president of programming. Comedian Ed Greer will co-host.

“We’re excited to serialize Superman Vs The KKK in a format that recalls the days of radio-drama. The Fandom team brings an enormous amount of insight and talent to the project, and we’re sure the results will be fantastic. There’s something powerful here: a timely lesson on the dangers of systemic racism — an issue that modern audiences are sure to find compelling.” Said Jordan.

“This story is an incredible mix of undercover journalism, brand activism, and the power of pop culture to change the world,” added Cornet. “We live in an era where fans identify themselves by the things they love, so there is incredible power in harnessing this passion to make an impact.”

This podcast is based on the true story of Superman’s history with combating the KKK as detailed in Rick Bower’s book. If you’re interested in comic book super heroes and history this may be one you want to listen to. True crime podcasts are among the most popular genre of audible entertainment and adding a comic book hero to the mix makes it even more exciting. Remember to keep an eye out for “Superman vs. The Ku Klux Klan” later this spring!