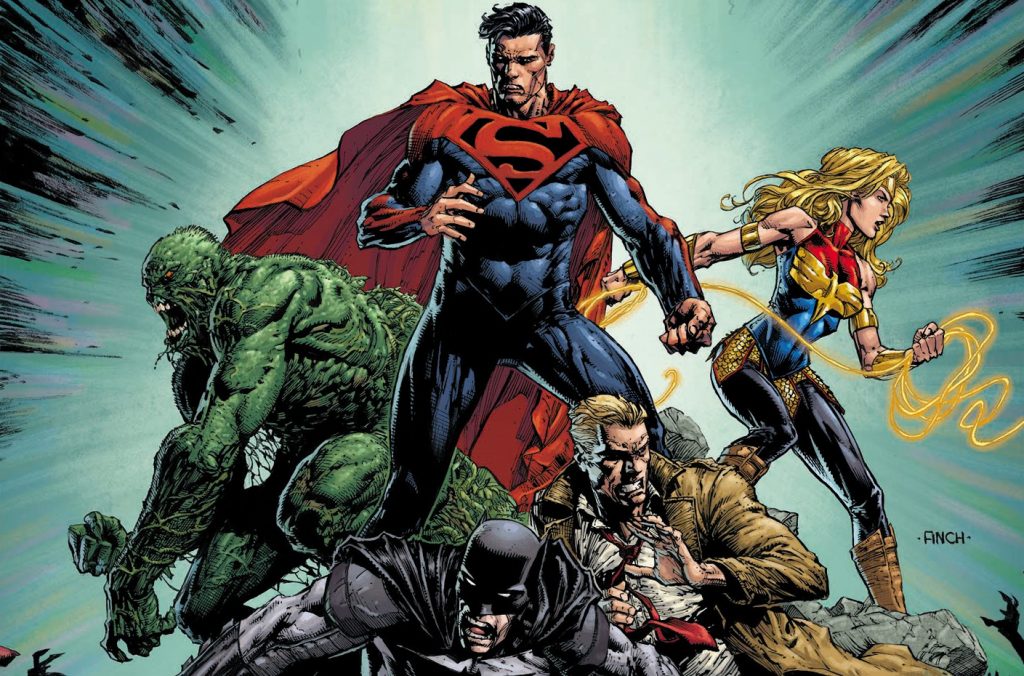 Taylor teams up with artist Trevor Hairsine on this upcoming project, teasing the possible sub header for the sequel series “Dead Planet”. The writer teased on his social media that there’s “more to come” in the upcoming days, and to keep track of his social medias for more.

“We didn’t think we had anything left to lose. We were wrong.”

Dceased was a limited series published last year built around the anti-life equation infecting the earth and the survivors of the said catastrophe. The series ended with most of the prominent leaguers dead and the earth survivors taking off to establish a new home planet.

Currently, the spin-off DCeased: Unkillables has release issue two of three of its limited run. This series involves Taylor, Karl Mostert, Trevor Scott, Neil Edwards, John Livesay, Rex Lokus and Saida Temofonte ; detailing the story of Gotham survivors as well as what the villains were up too.

Either from Dc releasing its summer solicitations or from Taylor himself, fans are sure to get more information about this upcoming event.

So what’s your thoughts on this Series? Excited or just tired of the whole concept? let us know in the comments down below.